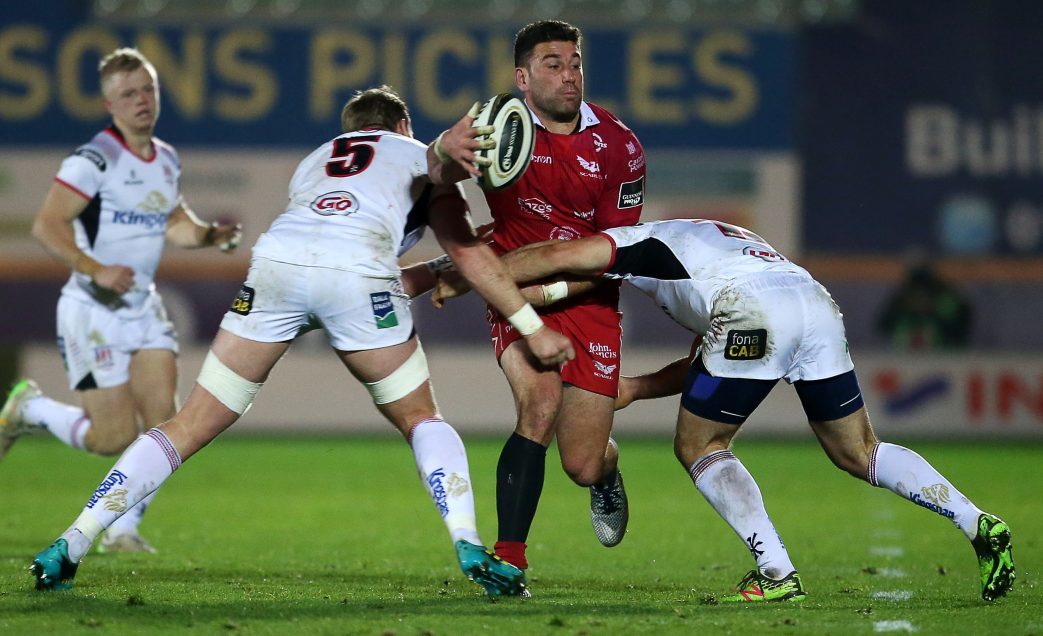 Head Coach Wayne Pivac was pleased with his side’s bonus point victory over Ulster at Parc y Scarlets on Friday night, which ensures that the region move back in to second place in Conference B.

The Scarlets suffered a heavy defeat in Edinburgh in the last round with the prospect of slipping out of the top three a very real threat if a result wasn’t secured against Friday night’s opposition.

The West Wales side, minus the international contingent, put their best foot forward from the word go scoring three tries in the first half getting a 22-7 foothold on the game by the half time whistle.

A fourth try in the second half secured the all-important bonus point with the defensive effort solid for the most part, and despite a second Ulster try the Scarlets kept them away from the losing bonus point.

Speaking after the game head coach Wayne Pivac said; “After the Edinburgh performance we did a bit of soul searching internally. We weren’t very happy with that performance and we knew that today was a big game in the context of our conference. If we didn’t get the result Ulster would have a buffer on us and there was a chance that we could have been out of the top three by the end of the weekend if we didn’t get the result. There was a lot to play for.

“I thought the boys set up the win in the first half with the three tries. We talked at half time around controlling the first ten minutes after half time; building more pressure, force them to make more tackles. It was a big step up from what we dished out in Edinburgh.

“This group have been together for three matches now, it’s their mini season if you like. Some of them put pressure on the big boys tonight. That’s what we want, we want pressure on selection, it keeps everyone on their toes.”

He went on to say; “We just reiterated in the changing room after the game that we don’t want to repeat the performance that we saw in Edinburgh. When we pull the jersey on we have to make sure that everybody steps up and offers themselves physically, it was a lot better tonight.”

Scarlets travel to Glasgow next weekend before returning to Parc y Scarlets on Friday 7thDecember to take on Ulster once again, this time in the third round of the Heineken Champions Cup campaign.