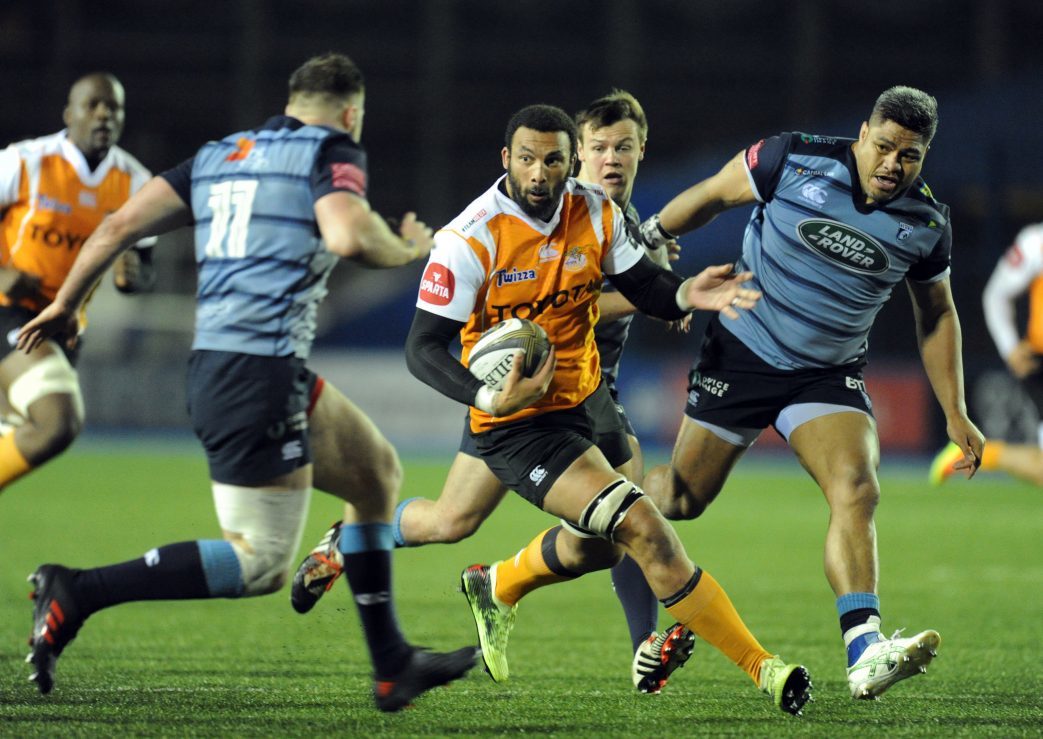 Scarlets are delighted to confirm that Springbok number 8 Uzair Cassiem will join the region ahead of the 2018-19 season.

The 28-year-old South African has put pen to paper on a new deal with the region and will link up with the Scarlets ahead of the 2018-19 season from Guinness PRO14 side Cheetahs.

Cassiem, who has featured on eight occasions for the Springboks, started his playing career with the Golden Lions in 2011.

The ball carrying number 8 is the third new name added to Scarlets’ squad for the forthcoming season, alongside loose forward Blade Thomson from Super Rugby’s Hurricanes and centre Kieron Fonotia from the Ospreys.

Commenting on the news head coach Wayne Pivac said; “Uzair is a current international who possesses the skills that we believe will suit the way we play the game. He’s a dynamic player that likes to carry and has the ability to offload, is a very physical individual and has good aerial skills.

“He’s currently playing at the highest level of the game and faced Wales in the recent Autumn Series at number 8. He has the ability to play across the back row but has been signed primarily as an 8.”

Jon Daniels, Scarlets General Manager of Rugby, said; “Uzair has shown his capabilities in the GUINNESS PRO14, Super Rugby and internationally for the Springboks. When we met him we were struck by his desire to take on a new rugby challenge and to compete for silverware. What he brings on and off the field will be a welcome addition to our squad. We look forward to welcoming to the Scarlets prior to next season.”

Uzair Cassiem added: “The Scarlets are known throughout the world and are playing some great rugby at the moment. When I met with Jon and Wayne it was clear to see the ambitions of the club and the environment at the Scarlets is just what I am looking for.

“I’ll be giving my all for the Cheetahs for the rest of the season whilst looking forward to the next chapter of my rugby career in South Wales.”