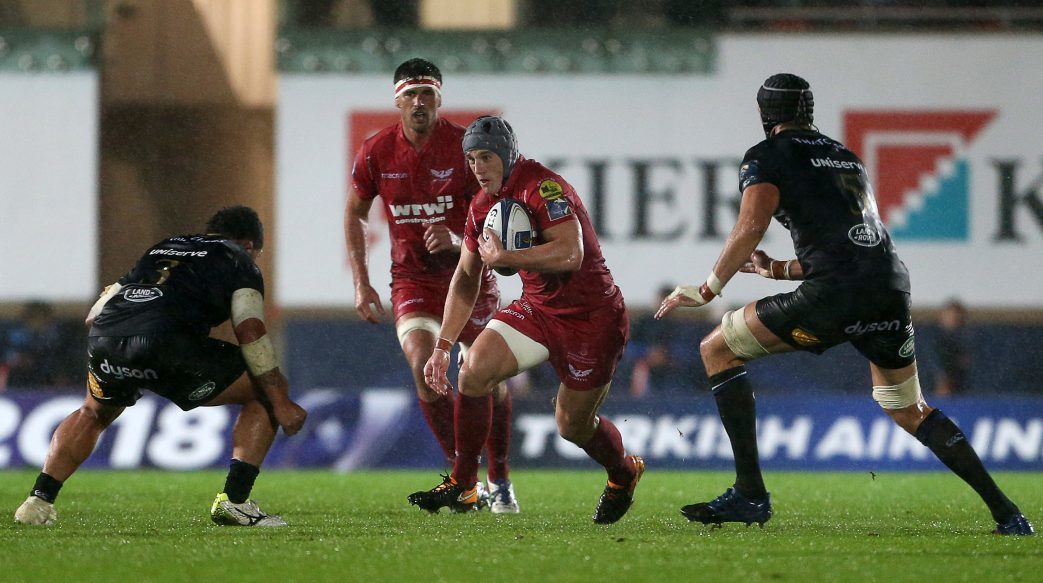 The second, and final, pre-season friendly of the summer will take place at The Rec on Friday evening, 24th August, with Scarlets taking on Todd Blackadder’s Bath Rugby side.

A victory over Bristol Bears at Carmarthen Park last weekend secured a winning start to the season for the Scarlets and Friday night’s clash will be a final opportunity for Wayne Pivac and his coaches to see the boys in action, and work on new plays, before the Guinness PRO14 starts in earnest next weekend.

The star-studded starting XV includes no less than thirteen internationally capped players with British & Irish Lions Man of the Series 2017, Jonathan Davies, captaining the side. Club captain Ken Owens is named on the replacements bench and is one of two additional international replacements named alongside Werner Kruger.

Davies makes a long-awaited return to action after suffering a foot injury against Australia during last year’s Autumn Series.

Kieron Fonotia, Sam Hidalgo-Clyne and Uzair Cassiem will make their first starts for the region whilst newcomer Blade Thomson, who arrived in Wales only a few weeks ago, will make his Scarlets debut.

Looking ahead to the game head coach Wayne Pivac said; “We learned a lot from the performance against Bristol last week, despite the terrible conditions, and we’ll hopefully be able to build on that against Bath on Friday.

“Last weekend’s game was more of a trial whilst the second of our two friendlies is more of a dress rehearsal.”