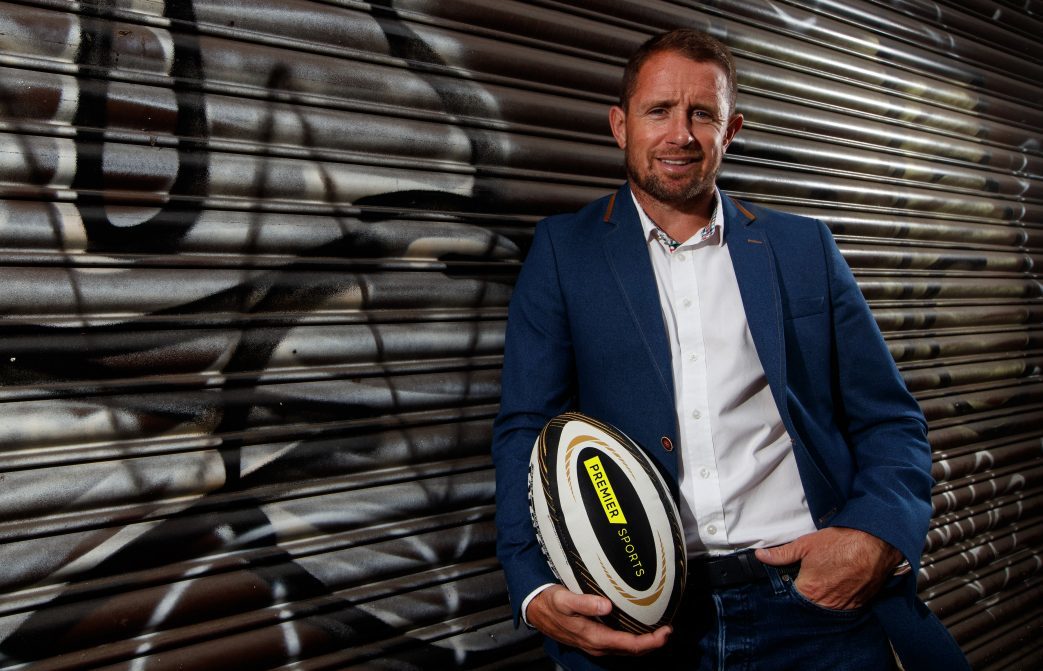 As excitement builds for a big treat of intense derby action in the Guinness PRO14 this weekend, Premier Sports has lined-up some of rugby’s biggest stars to showcase all the action across the Championship as a high-profile send-off before European Rugby kicks off next week.

Round 6 has all the drama and fierce rivalry you’d expect from FOUR big derbies with packed houses across Wales and Ireland and all 7 games live on Premier Sports channels throughout the weekend.  With European Rugby and final selection for autumn internationals just around the corner, players and supporters alike will be fired up ready for a big weekend of rugby.

In Northern Ireland, former Ulster and Ireland back row Stephen Ferris(35 caps, 106 Ulster appearances) becomes the 20thmember of the full Premier Sports team this season and will be working alongside the respected and talented Ulster trio of Mark Robson, Graham Little and Andrew Trimble.Stephen Ferris gets his Premier Sports pitchside debut at Ulster’s big home fixture against Connacht on Friday evening at Kingspan (Oct 5thkick off 7.35pm).

A fantastic Friday night (Oct 5th) sees a triple bill of rugby action live on Premier Sports 1, 2 and FreeSports (KOs all 7.35pm) as the first derby of the weekend gets underway in Belfast with Ulster taking on Connacht at Kingspan Stadium with Ulster looking to put right last weekend’s record defeat in Munster and Connacht seeking a first win against a fellow Irish province for the first time in 16 years. Ulster’s winning home record against Connacht has not been broken since 1960. Also in action on Friday night; Glasgow Warriors host Zebre at Scotstoun Stadium and Edinburgh hosting Toyota Cheetahs at BT Murrayfield.

It’s a huge Saturday night party in Dublin as Conference B leaders Leinster host Munster at the Aviva Stadium in what’s billed as the pick of the 7 live games this weekend, with all the Irish derby action kicking off at 6pm live on Premier Sports 2.  Leinster are looking to make it five wins from six this season, while Munster will be full of confidence after running in nine tries last weekend.

With 35 live games already shown on Premier Sports in a thrilling opening five weeks of the PRO14, the stars are out in force pitchside as well. An unrivalled Premier Sports TV line-up for this weekend of rugby is:

It’s home fixtures for Edinburgh, Glasgow Warriors, Ulster, Scarlets, Dragons, Leinster and Benetton Rugby this weekend, with all SEVEN games covered across Wales, Scotland, Ireland and Italy and plenty of eye-catching action for supporters to enjoy across Premier Sports 1 & 2 Channels and FreeSports: That’s another 15+ hoursof live rugby match coverage in just one weekend.

Highlights of all this weekend’s Guinness PRO14 will be broadcast Sunday afternoon at 4.30pm on Premier Sports 1 with these repeated on FreeSports on Monday evening at 9pm. As with every week, Premier Sports will air a special Guinness PRO14 preview show on Wednesday night, this week at 11pmahead of the next round of fixtures and on FreeSports at 11pm.

Virgin customerswill need to subscribe to Premier Sports for just £9.99 to keep enjoying PRO14 coverage now the first month free offer has closed. More info on how to add Premier Sports to your Virgin package can be found: ‪https://subscribe.premiersports.tv/