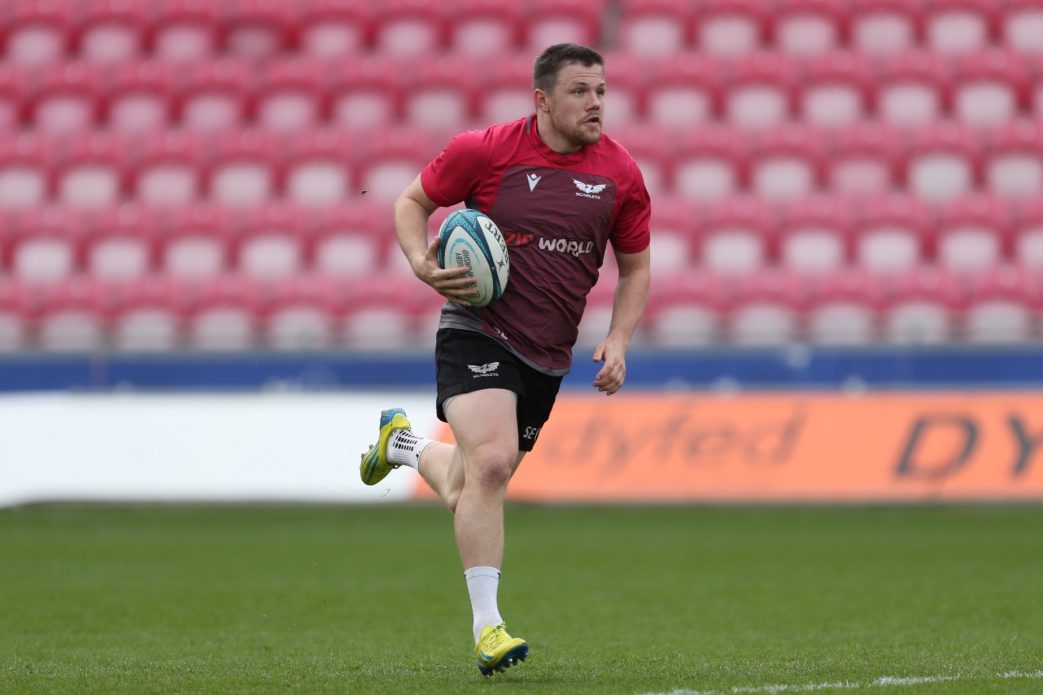 Evans made his senior debut in 2014 and has gone on to establish himself as one of the leading try-scorers in the competition. The 27-year-old Wales international has 60 Scarlets tries to his name over eight seasons and currently sits seventh in the URC’s all-time chart.

Evans is named in a side showing seven changes from the team that took the field against the Dragons in Llanelli.

With Liam Williams ruled out with a hamstring injury, Angus O’Brien comes in at full-back to join Corey Baldwin and Evans in the back three, while in midfield skipper Jonathan Davies switches to outside centre to accommodate fellow Wales international Johnny Williams at 12.

Fly-half Rhys Patchell returns from a hamstring issue and he partners Gareth Davies, who replaces Kieran Hardy at scrum-half.

Another Wales international, Ryan Elias, returns at hooker, packing down between Steff Thomas and Javan Sebastian, while Sam Lousi has recovered from the knee problem which forced him to withdraw just before kick-off last weekend. The Tongan international partners Jac Price in the second row.

In the back row, there is one change with Josh Macleod coming in for Aaron Shingler, who is included among the replacements.

Also on the bench is prop WillGriff John as well as wing Ryan Conbeer, who celebrated the birth of his baby daughter this week.

Head coach Dwayne Peel said: “Rodney Parade is a tough place to go, but we are looking forward to it. There is a lot we can work on and we have trained hard this week. I am excited for the group that they get an opportunity again. Like I said last week, historically, results between the two sides have been close and I expect it to be the same again.”