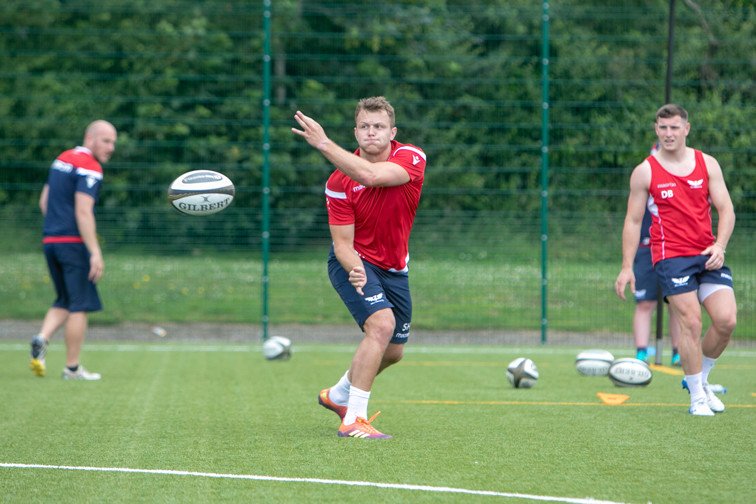 Steff Hughes will lead out the Scarlets against the Dragons today, looking for the side to build on last weekend’s impressive victory against Jersey.

Hughes was this week named as part of a five-man Scarlets leadership group for the 2019-20 season with the 25-year-old centre joining James Davies, Jonathan Davies and Werner Kruger as Ken Owens’s deputies.

Scarlets head coach Brad Mooar has spoken about the high regard and respect that Hughes is held in at Parc y Scarlets.

And the Llanelli product, who is no stranger to captaincy, is looking forward to the responsibility.

“It is a huge honour, I have been at the club since I have been 15, it is something I am really proud of and am looking forward to the role,” said Hughes, who made his Scarlets debut in 2013.

Reflecting on pre-season and the new coaching team coming on board, Hughes added: “It’s been a really tough block of pre-season, a lot longer than normal and a lot more running!

“In terms of transition and working with the new coaching group it has been an advantage for us, but we are ready to play now.

“It was a good start against Jersey. A lot of things we have worked on we managed to execute really well, a couple things we want to work on. We now have another test this weekend against the Dragons that we are looking forward to.”SHARE