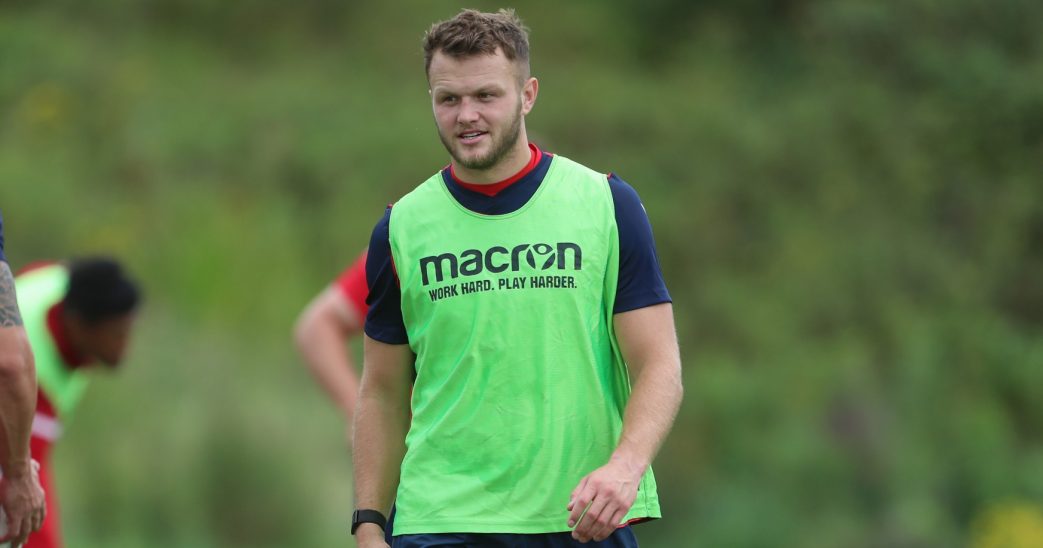 As the clock ticks down to next weekend’s European Challenge Cup quarter-final in Toulon, we caught up with Scarlets centre Steff Hughes, who captained the side in the heartbreaking 17-16 injury-time defeat at the Stade Mayol in November.

So Steff, how are preparations this week ahead of your return to the South of France?

“It’s a game we are very much looking forward to. We worked hard to try and make the semi-finals of the PRO14 and did everything we could, getting five points from both the last two games, but unfortunately it wasn’t to be. Now, all our focus is on Toulon.”

How much confidence do you take out of that performance in November?

“It is a game that stands out this season for me. I thought we managed the game really well, even when we were down to 14 men and I felt we did enough to win. There’s a feeling that we owe them one. We’re a close group and we’ll have confidence going out there. The fact there is unlikely to be a big crowd, which is always a big factor for the French teams, could work to our advantage as well.”

“Yes, it was fantastic the last time; walking from the hotel over to the stadium was amazing. Our fans always travel in numbers and always make themselves heard. Wherever they are in the stadium you always hear them on the field, it really gives you a boost. It is a shame they won’t be there, but I’m sure they will be watching from home.”

You seem to be enjoying your new centre partnership with Johnny Williams?

“Johnny’s been great to get to know and work with. He’s a strong and powerful player and I think we’ve developed a good partnership over the last couple of games. It’s also great to have Foxy (Jon Davies) back in training, obviously he’s a great player and I’m always looking to learn off him and add to my game. We also have Tyler Morgan and Paul Asquith as well. There is a huge amount of competition for places.”

What about the challenge of Toulon?

“We know what we are going to be up against, they are a powerful team across the board with a huge pack. When we played them out here at Parc y Scarlets in January, I think the conditions suited them a little bit more than us that night. We know we have to be disciplined in the tackle area and not give away too many penalties and also maintain the intensity of the game in order for us to play the way we want to play. It is also important that we control the game and play in the right parts of the field. It should be a great game and occasion. We’re really looking forward to the challenge.”