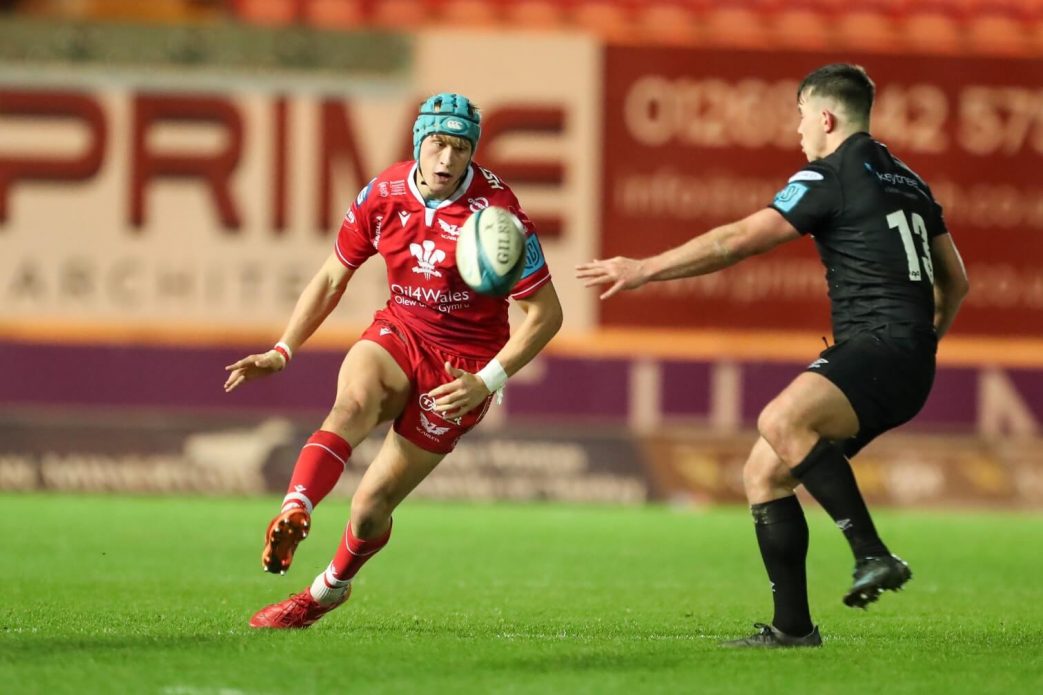 Scarlets back Josh Hathaway has been handed his Wales U20s debut for the final round of the U20 Six Nations against Italy at Parc Eirias on Sunday (KO 2pm, BBC1 Wales).

Hathaway is a former pupil of Ysgol Penglais in Aberystwyth and played his junior rugby for Aberystwyth RFC. He is currently studying at Hartpury College in Gloucestershire.

The 18-year-old, who is selected on the right wing, is one of eight changes made by head coach Byron Hayward, which includes the return of Scarlet centre Eddie James to the starting XV.

Scarlets scrum-half Luke Davies – who made his URC debut earlier in the season – and fly-half Josh Phillips could make their Wales U20s debuts if called upon from the replacements bench.

Wales defeated Italy last summer in the Six Nations but the last time the two teams met in North Wales Italy came away victorious, so Hayward is aware of the threat they pose.

“Italy are a very strong team at U20s level,” he said. “To beat England, defensively they were outstanding that day, so we have to make sure we play in the right areas and be a bit smarter with our game management. Particularly from last week in the first half we could have kicked tactically better, and we have to make sure we execute our chances.”

Although Wales have only claimed one victory so far this championship, Hayward is satisfied the squad has improved as the campaign has progressed.

“It’s 50-50 about performance and development,” he said. “With this game on Sunday we would have used 36 players and that’s an important thing as well. Giving players opportunities, providing they deserve it and work hard for it because it’s not about giving caps away. You have got to earn the cap but I think we have got it right in terms of balance.”