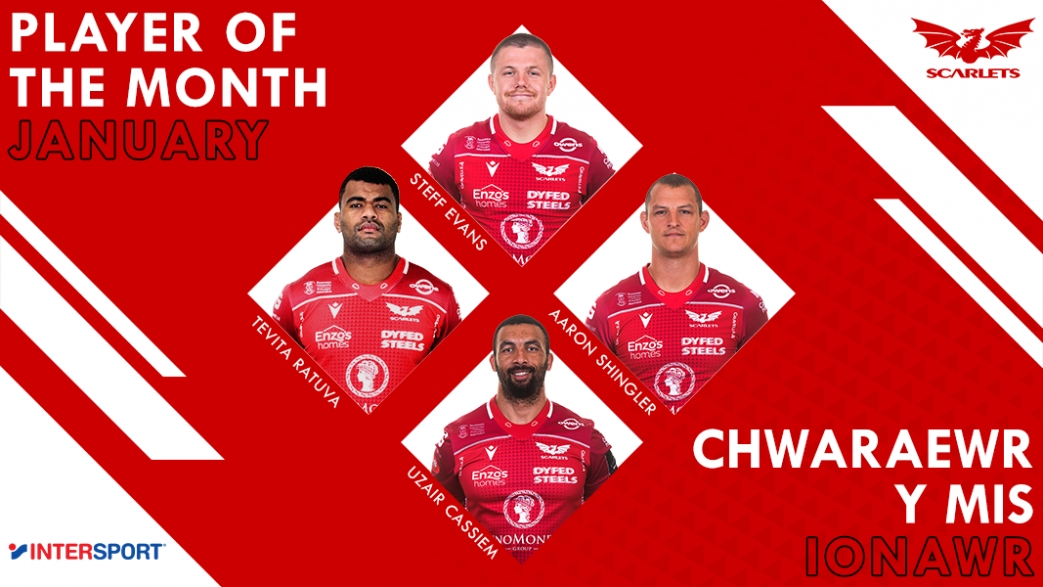 It’s voting time again with Scarlets fans having the chance to select the Intersport Player of the Month for January.

There were only three games to choose from – a hard-earned win over Cardiff Blues at the Arms Park to kick off 2020; a home Challenge Cup defeat to Toulon and then the memorable bonus-point victory over London Irish at the Madejski Stadium which secured the Scarlets a place in the knockout stages of the competition.

We’ve again picked out four players who have stood out and it’s now up to the fans to vote for the winner to follow in the footsteps of Kieran Hardy (October), Josh Macleod (November) and Leigh Halfpenny (December).

Here are the nominees

The Wales international back-rower has been a towering presence in the Scarlets line-out and was a big influence in the wins of the Blues and Irish in that area. Has been back to his best after recovering from a long-term knee injury.

The Fijian lock is quickly turning into a fans favourite down west. Quiet off the field, ‘Tex’ has been doing his talking on it, delivering an all-action man-of-the-match display against the Blues, making an impact off the bench against Toulon and being at the heart of a dominant forward effort in Reading.

Loved by the fans, ‘Cass’ is on the shortlist for a fourth successive month. The second highest carrier in the Challenge Cup, he has maintained his standards throughout the campaign and put in a defiant effort against a colossal Toulon eight. Was also to the fore against Blues and Irish.

Tex came away from with the man-of-the-match medal at the Arms Park, but it could easily have been given to Steff, who was the standout winger in that game. Took his try tally for the season to eight with tries against Toulon and Irish. January also saw him agree a new contract at the Scarlets.