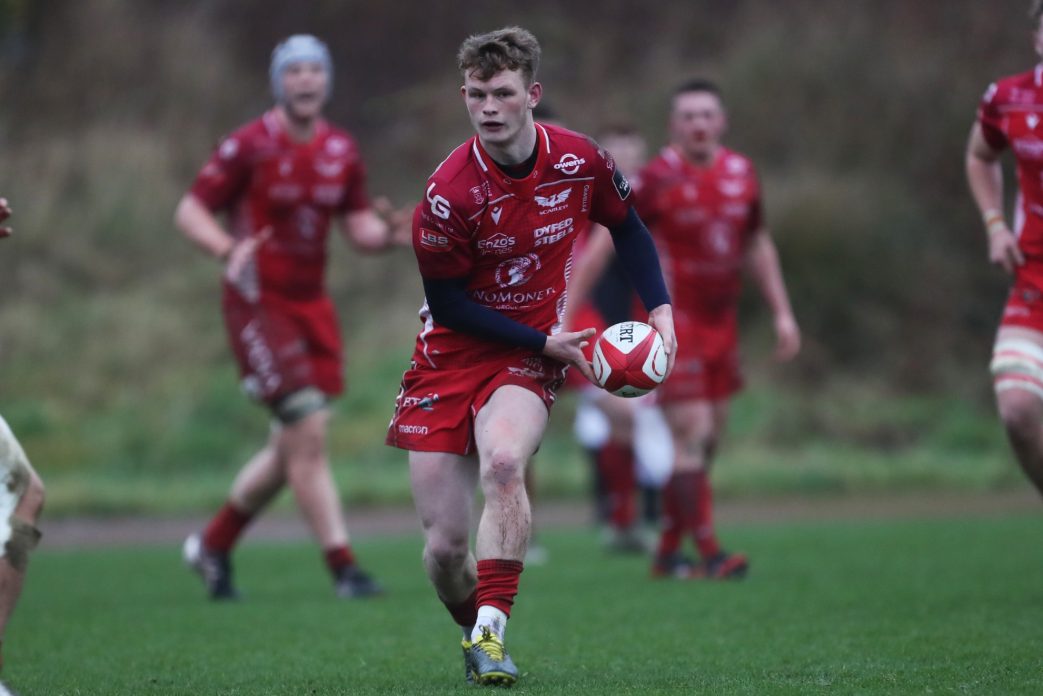 Eighteen-year-old Josh, a pupil at Ysgol Glantaf, joins from the Cardiff Blues age-grade set-up and is the latest young player the Academy hopes can progress into the senior ranks.

From Porth in the Rhondda, Josh has been playing rugby since the age of seven, featuring in the Dewar Shield for Rhondda Schools before being selected for the Blues North U16s squad and the Blues U18s squads.

Kevin George, the Scarlets development pathway manager, has high hopes for the No. 10.

He said: “Josh has been on our radar for a while, he used to play for the Cardiff Blues age-grade teams and he played against us in the combined U16s fixture where he stood out. We’ve tracked him ever since.

“The Blues have a couple of outside-halves in their mix at the moment and we applied to them to get Josh across to give him the opportunity. We’d like to thank the Blues for allowing him to come across and hopefully, he’ll end up going through and building our stock at number 10 here at the Scarlets.

“He’s always been a good runner with a good size about him; he kicks the ball a long way, is a very accurate goal-kicker and his distribution is excellent. The hallmarks are all there. We look forward to working with him over the next couple of years and developing him to become the next 10 at the Scarlets.”

Josh played for Scarlets U18s during the Regional Age-Grade Championship matches and has also had a run-out for the A team in a training match against Wales U20s.

He said: “I’ve supported the Scarlets from a young age and I’m very grateful for this opportunity.

“I have already had the chance to learn off some of the senior players and gain some insight into the coaching set-up and I am really looking forward to taking every opportunity that is offered to me over the next few years and making my family proud.

“Looking at players such as Jac Morgan and Dan Davis, I hope I can progress in the same pathway through the academy. I know it is going to take a lot of hard work, but hopefully I can put my hand up for any opportunity that comes my way.”