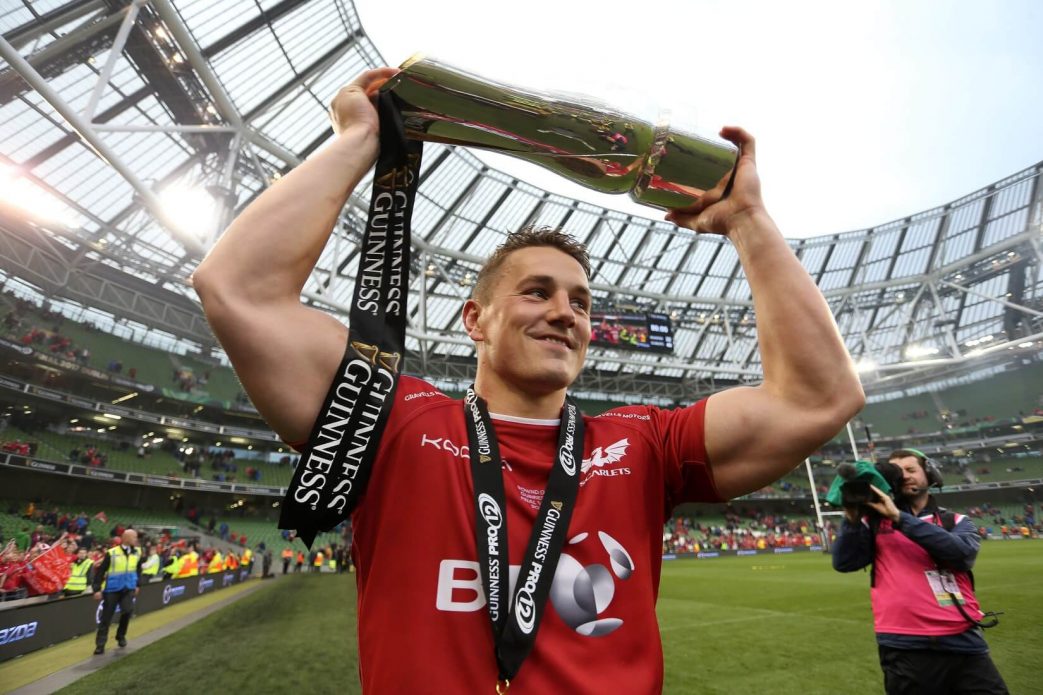 Scarlets, Wales and British & Irish Lions centre Jonathan Davies has won the vote for the number 13 jersey in the All-Star Regional #UltimateXV being voted by fans online.

Foxy polled 55%, seeing off the challenge of Jamie Robinson (Cardiff Blues), Andrew Bishop (Ospreys) and another former Scarlet Matthew J Watkins, who was representing the Dragons in the vote.

Davies has made 158 appearances in a Scarlets jersey over 11 seasons sandwiching a brief spell with Clermont Auvergne in France.

Regarded as one of the best centres in world rugby he was player of the series for the Lions in Australia in 2013 and New Zealand four years later. A member of Wales’ 2019 World Cup squad that reached the semi-finals in Japan, he is currently recovering from a knee injury suffered during the tournament.

Each day supporters from the Scarlets, Blues, Dragons and Ospreys have been voting on the best of the best players and so far you have voted in four Scarlets with Ken Owens, Tadhg Beirne, Stephen Jones and now Davies all in the starting XV.

You can still get involved as wing Dafydd James and full-back Liam Williams go for the final two positions in the side.

The #UltimateXV has been running for the last six in association with Cardiff tech firm Doopooll and kept supporters engaged on social media during the Covid-19 lockdown.

You can still vote by clicking here