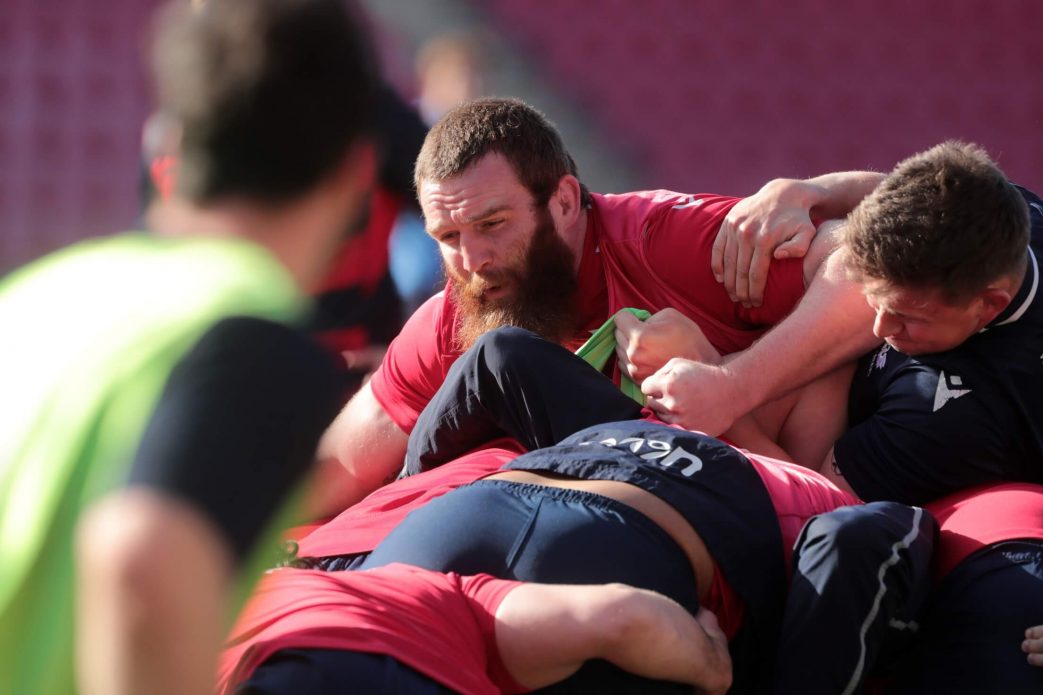 Wales internationals Jake Ball and Ryan Elias have been included in the Scarlets team to take on Benetton for the resumption of Guinness PRO14 action on Saturday (15:00 Premier Sports).

Ball and Elias have been released from Wales’ Six Nations squad to get some game-time during the fallow week of the tournament and are among five personnel changes to the Scarlets starting line-up.

Steff Evans has recovered from a dead leg and returns to the No. 11 jersey, taking his place in a back three that also includes fellow Wales international Johnny McNicholl and Ryan Conbeer.

Tyler Morgan and skipper Steff Hughes continue in midfield, while Sam Costelow and Dane Blacker are again the starting half-backs.

Elias packs down alongside Phil Price and Javan Sebastian in the front row, while Ball starts next to Morgan Jones at lock.

In the back row, Sione Kalamfoni and Jac Morgan have been cleared to play. Kalamafoni has recovered from the head knock sustained at home to Cardiff Blues, while Morgan has overcome a knee injury and is set for his first appearance since the Champions Cup win over Bath in December. Uzair Cassiem switches from No. 8 to blindside flanker.

On the bench, prop Steff Thomas is set for his PRO14 debut and he joins Marc Jones, the fit-again Pieter Scholtz, Sam Lousi and Ed Kennedy as the forward cover.

Will Homer, Dan Jones and Paul Asquith are the backline subs.

“We have had a productive few weeks since the Leinster. It is important that we are patient and we have to build ourselves into the contest, which we did well in a tight affair in horrendous conditions out in Treviso. We need to get the right level of application and we need to execute.

“There is a huge amount to play for in these final four games European places are on the line and it is going to be a real scrap in our pool.”