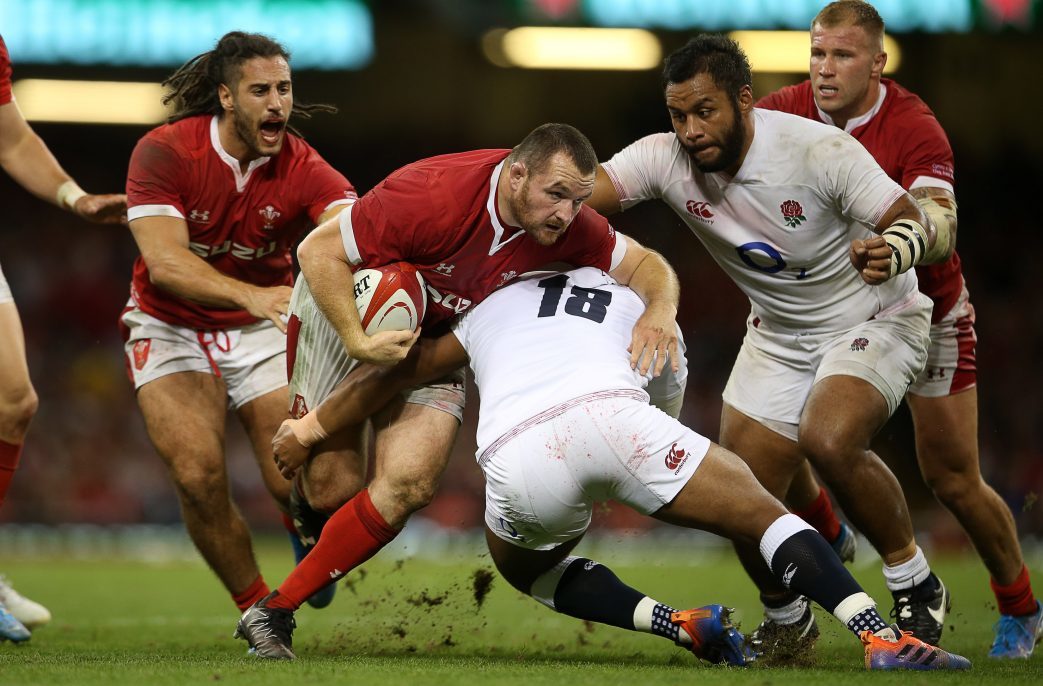 Six days after falling at Twickenham, Wales gained revenge over England, winning 13-6 in Cardiff to lift themselves to the heady heights of No. 1 in the world rankings.

A first-half try by George North was the difference between the sides; man of the match Dan Biggar kicked a conversion and penalty, while Scarlets full-back Leigh Halfpenny marked his return to the international arena with a long-range strike late on.

Halfpenny, who hadn’t played for Wales since November last year, was drafted into the side after Liam Williams picked up a hamstring strain during the warm-up.

After the disappointment of their opening World Cup warm-up loss, Wales were far, far better on home turf, displaying the same physicality and appetite that saw them claim the Six Nations Grand Slam, especially in the first half.

The deadlock was broken with a Biggar penalty on 26 minutes – then came a moment of controversy which led to the game’s only try.

England wing Anthony Watson was sin-binned for knocking down a Hadleigh Parkes pass with Welsh attackers free on the outside, but with the Bath flyer still on the field, Biggar launched a cross field kick in the path of Josh Adams.

Referee Pascal Gauzere allowed play to continue and with England’s defence all at sea, another smart, pin-point kick from Biggar landed in the grateful arms of North out wide with the winger touching down for his 38th try for his country.

That allowed Wales, boasting nine Scarlets in the match-day 23. to head into the break 10-0 ahead – the first time England hadn’t scored a point in a first half of Test rugby since 2011.

The second half was a far more cagey affair.

George Ford reduced the arrears with two penalties, but Halfpenny kept the old enemy at arm’s length with a penalty four minutes from time and Wales were able to repel a late England assault to secure the win.

There was disappointment for Scarlets flanker James Davies, playing alongside his brother Jon on the international stage for the first time.

Davies was forced to leave the field on 24 minutes after picking up a knock to the head. The openside will now go through the necessary return-to-play concussion protocols.

The win was enough to see Wales leapfrog New Zealand in the official World Rugby rankings to take top spot for the first time, ending the All Blacks’ uninterrupted 10-year dominance at the summit.