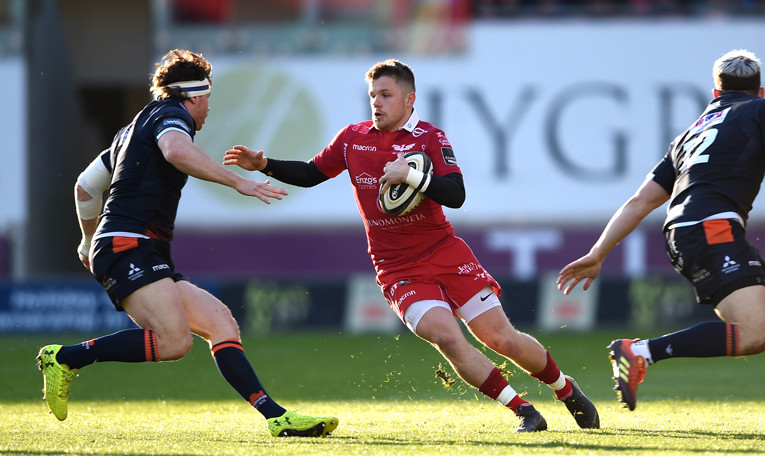 The trio have been back in full training this week and go straight into the starting line-up for the clash in Newport – the Scarlets’ final warm-up match before the Guinness PRO14 opener against Connacht at Parc y Scarlets on September 28.

Evans is part of a dangerous back three that includes Johnny McNicholl and Wales U20s flyer Ryan Conbeer.

Steff Hughes – this week named as one of four vice-captains – leads the side from centre, where he partners Corey Baldwin.

Angus O’Brien has recovered from the knee injury that ended his first season at Parc y Scarlets and wears the No.10 jersey against his former side. He links up with Kieran Hardy at half-back.

Evans and Lee are joined by Marc Jones in the front row, while Lewis Rawlins and Steve Cummins pair up at lock.

Tom Phillips gets the nod in the back row alongside Josh Macleod and Uzair Cassiem, who has recovered from a shoulder injury.

The Scarlets opened their season with a 49-17 victory out in Jersey, touching down for seven converted tries.

Commenting on the return of the three Wales internationals, head coach Brad Mooar said: “The engagement and their connection with the team and desire to be involved has been outstanding.

Looking forward to tomorrow’s match Mooar added: “We are building towards the Connacht game and the boys are excited to get out there again.”