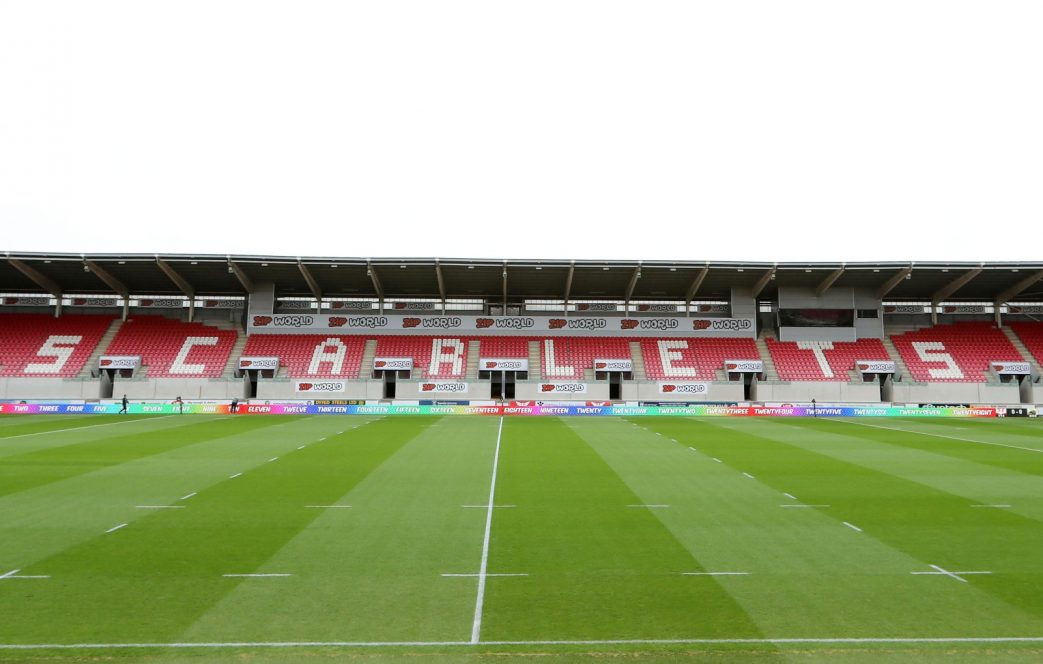 Contingency plans were in place to play matches at a London venue, in order to maximise potential revenue from attendances, with Principality Stadium ruled out due to ongoing commitments to the Dragon’s Heart hospital.

But, as the prospects of crowds imminently returning to live sport further diminish – due to the Covid-19 pandemic – the WRU has now confirmed the rest of Wales’ home international matches this year will be played in Llanelli.

“It is no secret that more than three-quarters of the annual income which supports Welsh rugby at all levels comes directly from our international game and specifically from hosting Wales matches in front of capacity crowds,” said WRU CEO Steve Phillips.

“That is why we made contingency plans to play matches in London and why we have waited as long as possible before resigning ourselves to the prospect of playing ‘behind closed doors’ in Wales.

“This news, however inevitable it may have become during recent days, is a financial setback, but it has not been unforeseen and measures have been and will be taken to mitigate for our losses.

“Of course we understand there is a bigger picture at play and the health of the nation and its individuals, which include our supporters, players, administrators and the many volunteers in our game throughout the country, must come first.

“On a positive note we are delighted that the international game returns this week, that the 2020 Six Nations Championship will finally be concluded and that we have an exciting Autumn Nations Cup tournament ahead of us.

“We know the nation will be tuning in en masse and will be with us at Parc y Scarlets in spirit if not in person and we look forward to the day when we will all be able to gather together once again in more familiar circumstances at Principality Stadium.”

All of Wales’ Autumn Nations Cup matches will be shown live on Amazon Prime Video and, in the Welsh language, on S4C, with the re-scheduled meeting with Scotland in the final round of the 2020 Guinness Six Nations Championship to be shown by BBC.

Parc y Scarlets had already been confirmed as the host venue for the Scotland game on 31st October as well as the Autumn Nations Cup opener against Georgia on 21st November, with Cardiff City Stadium hosting Wales Women’s Six Nations meeting with Scotland on Sunday 1st November.

Now the famous home of Scarlets rugby will host further Wales’ Autumn Nations Cup clashes against England, on 28th November and the Play-Off Final – with opposition yet to be determined – on Saturday 5th December.

“Whilst it is disappointing to play these matches without supporters we would like to thank all of those who follow, support and participate in Welsh Rugby and our partners for their patience during these hugely challenging times,” added Phillips.

“We are of course hugely grateful to the staff at Parc y Scarlets and the Board of the Scarlets for accommodating us for these four important games.”

Scarlets Chief Operating Officer Phil Morgan said: “A huge amount of work has gone in behind the scenes from the staff at the Welsh Rugby Union and here at Parc y Scarlets and we are proud to be home to the national side for the entire autumn campaign. We look forward to welcoming Wayne and the team here this weekend for what promises to be a hugely entertaining first match against Scotland.”

Viewers will also be able to watch Wales’s three Autumn Nations Cup pool matches, against Ireland, Georgia and England, and their fourth game on the Finals weekend, live on the Welsh language free-to-air channel, after the broadcaster reached an agreement with Six Nations Rugby Ltd.

How to watch S4C

S4C HD is available for Sky and Freesat viewers in Wales and across the UK.

Live online and on demand on s4c.cymru and by using the S4C Clic app for iOS and Google Play.

Viewers across the UK can also watch S4C on BBC iPlayer, tvcatchup.com, tvplayer.com and YouView.