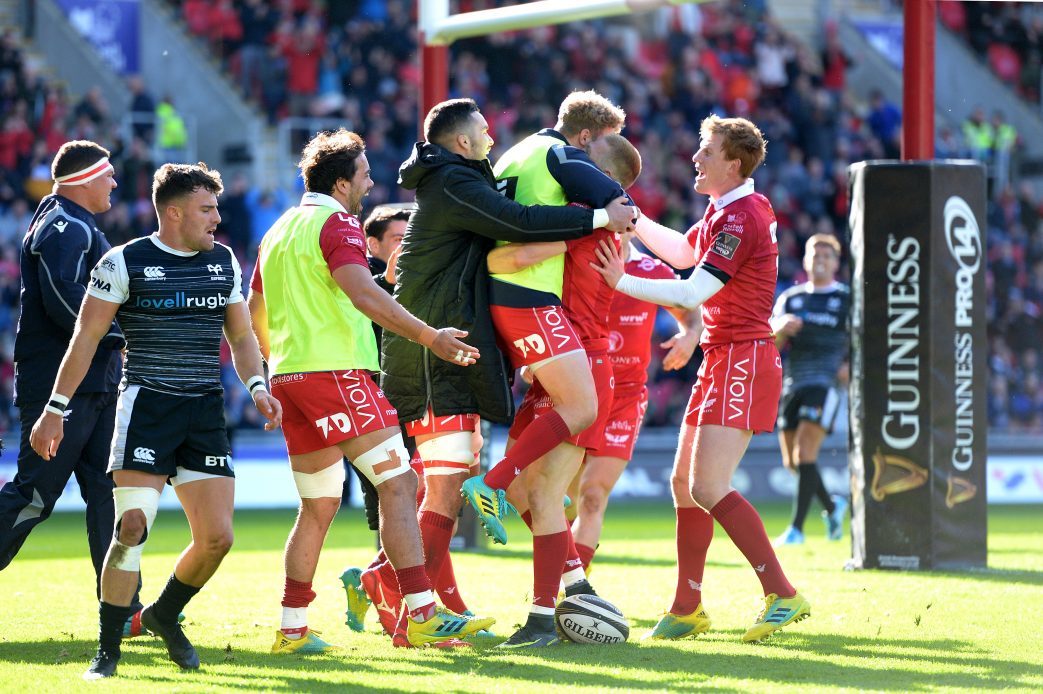 Scarlets head coach Wayne Pivac was pleased to see a step up in performance and intensity as the Scarlets secured a 25thstraight victory at Parc y Scarlets in the Guinness PRO14.

The first derby clash of the season, against regional neighbours Ospreys, was a tense affair from start to finish with the Ospreys going in to the lead just before half time.

It was the Scarlets who came out firing for the second half with a Rhys Patchell try and Leigh Halfpenny conversion and penalty enough to secure the victory.

Commenting on the result Wayne Pivac said; “We were really happy with the start we made. We defended everything they threw at us in the first 20 minutes, we saw some very good defence in our 22. We had a lot of energy and we got our main opportunity and converted that.

“We were disappointed with the second twenty of the first half and we spoke about that at half time. There was no excuse for the gaping holes in defence, we let in a couple of tries that should have been avoided.

“We’re happy to get that result and after last week it was a massive step up. The Ospreys are a totally different side. Allen has done a good job and they’re heading in the right direction, hopefully we are as well.

“It was a much-improved performance today against a much stiffer test than we’ve had. I think that puts us in a great position for next week.”

Looking ahead to next weekend’s Heineken Champions Cup opener Pivac went on to say; “We now turn our focus to Europe and get excited by us. This time last year we didn’t start too well, I think this game couldn’t have been a better game really leading in to what’s going to be an even bigger challenge next week.”