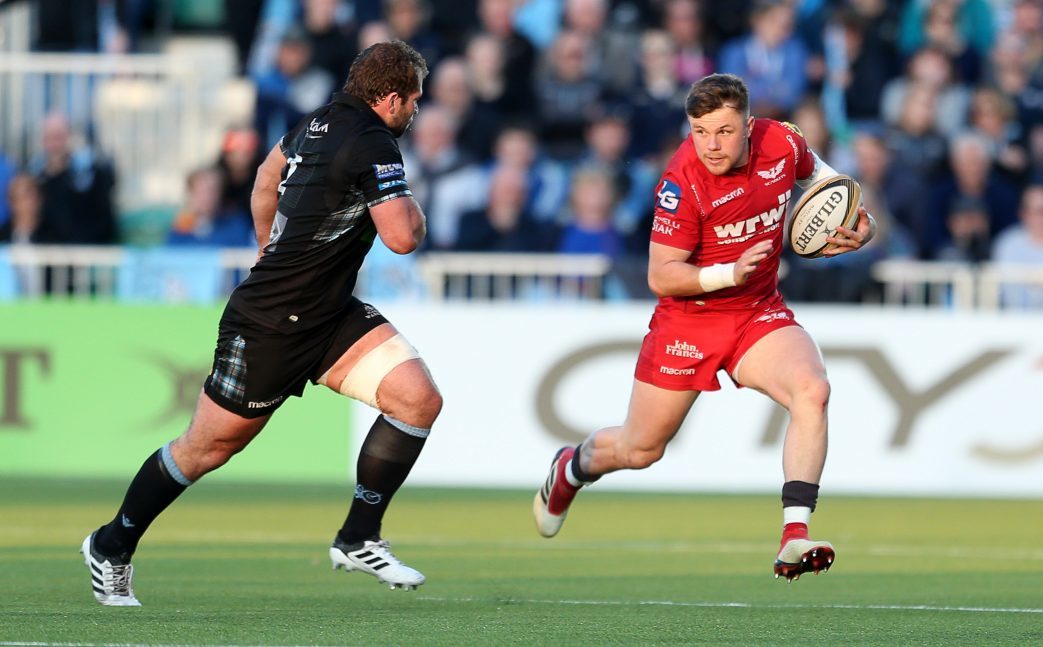 Scarlets head back to the Aviva Stadium this weekend for the Guinness PRO14 final, only weeks after the disappointment of defeat to Leinster in the semi final of the European Rugby Champions Cup.

Winger Steff Evans says he and the Scarlets side are motivated to right the wrongs of that afternoon when Leinster convincingly beat the region before going on to lift the Champions Cup trophy in Bilbao.

The Scarlets however can draw on the positives of their last Guinness PRO14 visit to the Aviva Stadium when they lifted the trophy a year ago, securing a record breaking winning margin in any championship final over Munster.

Looking ahead to the clash on Saturday evening Evans said; “We’re happy to be in the final again. The disappointment of the last time we were there is a bit of a motivation for us and we’re excited for the challenge ahead.

“We came out of that game feeling that we were back to being an average team. We didn’t put any pressure on them. We were broken after that but since then we’ve been building back to where we were and I think we’re slowly getting there.

“We scored some great tries in the semi final against Glasgow last week. The belief is there. It’s all about us now and what we can do.

“For me it’s motivation to get back out there and right the wrongs of what we did in Europe. We need to go out there and show exactly what we can do. They’ve come a long way since that loss in last year’s semi final. They’ve got so many of Ireland’s Grand Slam winners in that team.

“We’ve got to show up to the party this time. They’re a pretty physical team. For us we have to get in there nice and early and be aggressive. Not many teams can keep up with us when we get quick ball. We simply have to be better than them!”