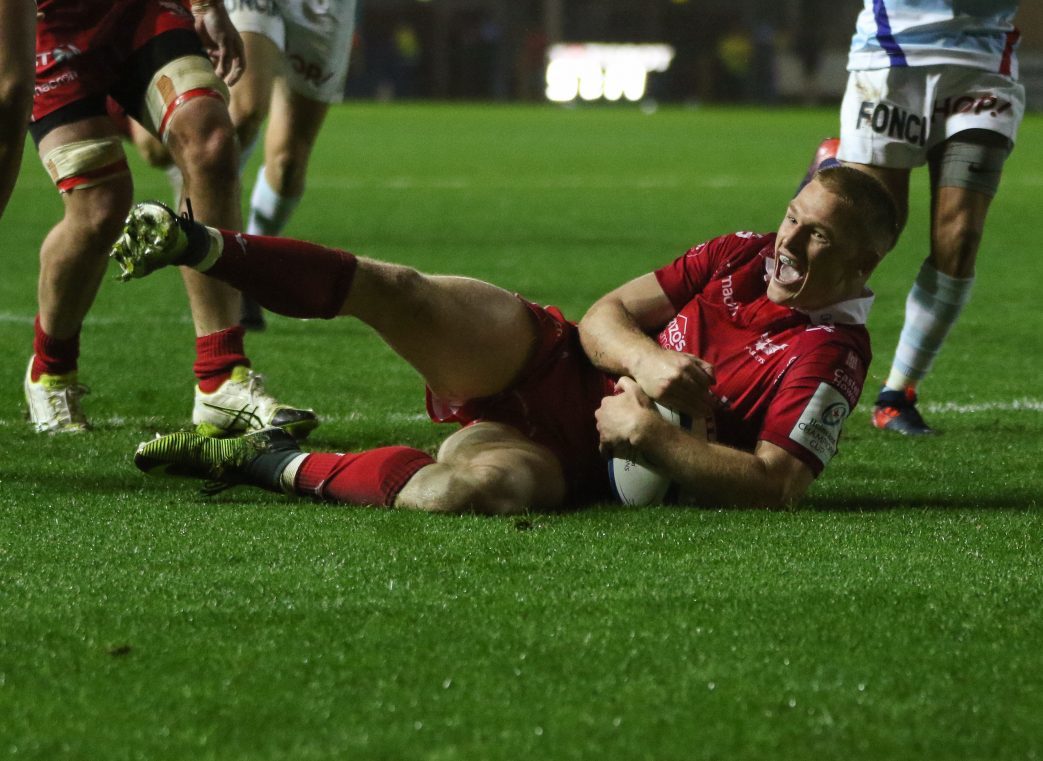 Scarlets head coach Wayne Pivac spoke of his disappointment after the defeat at home to Racing 92 in the opening round of the Heineken Champions Cup.

A Leigh Halfpenny penalty was the only opportunity for the Scarlets to score in the first half, looking to head in to the changing room in the lead 3-0 but Racing secured a try with only a minute on the clock turning the scoreline on its head.

Two tries for the Scarlets, from Gareth Davies and Johnny McNicholl put the Scarlets back in the lead in the second half but Racing were awarded a penalty try at the death to steal the victory.

Speaking after the game head coach Wayne Pivac said; “We just talked in the changing room about how disappointed we are but how we’ve got six days to turn it around and kick start our competition.

“The story for us was the first half, just too many unforced errors and not enough possession and territory. To be 3-0 right on half time we were quite happy with that score line but let a soft one in at half time, which was disappointing.

“I thought we did enough in the second half, crowd got back in to the game, we got back in the front, scored again and at that point I think it was just a matter of being patient and keeping the ball in their half of the field.

“We want to win our home games, they go a long way to helping you. We dropped our first home game last year, the Bath game in similar sort of conditions. We’re disappointed that we didn’t control those last ten minutes.”

Looking ahead to the second round, against Leicester Tigers on Friday evening at Welford Road, Pivac went on to say; “

“We’ve got to have a very good week, review the game, not make the same errors that we did this evening and we’ll get excited about the opportunity to kick-start the campaign.”

Scarlets travel to Leicester to take on the Tigers, Friday 19thOctober, kick-off 19:45.