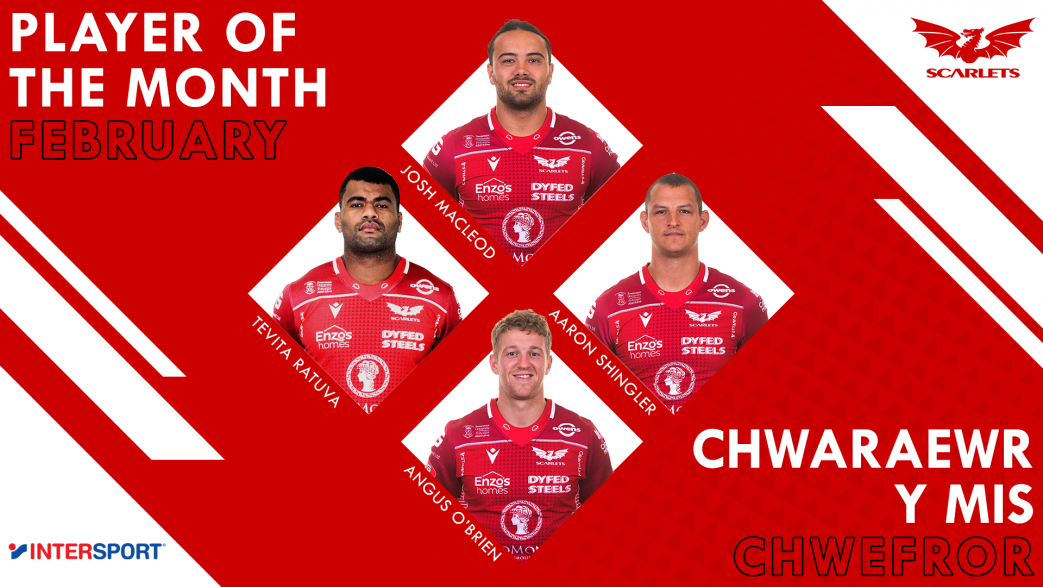 Voting is open for the Intersport Scarlets player of the month for February.

The month saw a testing block of fixtures in the Guinness PRO14. After a home defeat to Edinburgh in the midst of Storm Dennis, Scarlets bounced back with a bonus-point win over Southern Kings, but it was Munster who took the spoils in Limerick last weekend to consolidate second place in the Conference B standings.

Here are the four players who have been nominated for the February award.

Top of the league turnover charts, the openside produced a man-of-the-match display against the Kings and was at the Scarlets’ efforts in Limerick.

The Wales international was to the fore in a battling performance at Thomond Park, poaching line-outs, carrying strongly and putting in a big defensive shift.

Playing at full-back instead of his more accustomed No.10 shirt, O’Brien has been an assured presence at the back with his kicking game a big weapon.

The Fijian lock has been a thunderous presence in the Scarlets boilerhouse and scored a debut try in the win over the Kings in round 12.

Voting closes on Friday, March 6 at 5pm. To register your vote click here.