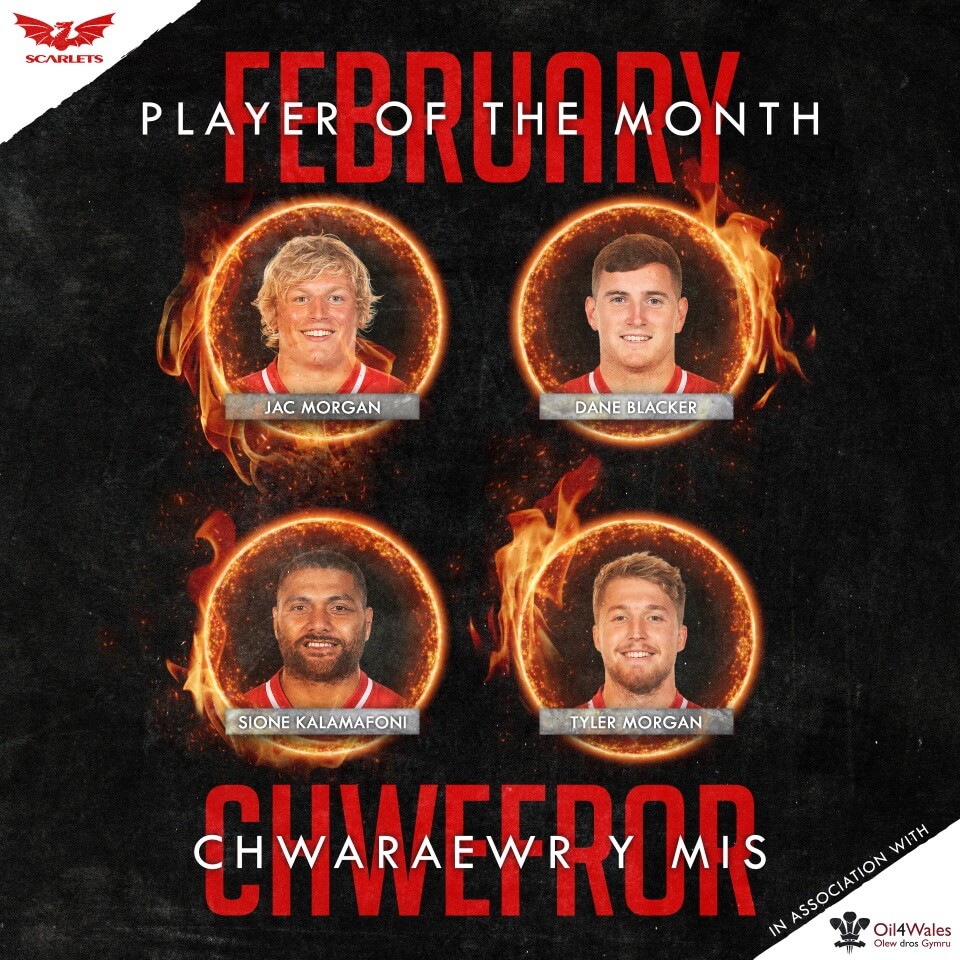 It’s time to vote for your Oil 4 Wales Scarlets player of the month for February.

After a disappointing January, Scarlets have bounced back with impressive wins over Benetton and Edinburgh and there have been a number of standout performers in those displays.

Our four candidates this month are …

Jac returned from a knee injury to deliver an outstanding man-of-the-match display against Benetton, scoring two tries in an emphatic victory. He followed that up with an equally industrious performance at Murrayfield, putting in 25 tackles and claiming two turnovers.

The January winner has continued his impressive form since arriving from Leicester. A try-scorer against Benetton, the No. 8 put in an astounding 31 tackles against Edinburgh and is now the leading carrier in the Guinness PRO14.

The Wales international has been a sharp presence in the Scarlets midfield. Produced a scything break to set up a try for Kalamafoni against Benetton and hit a superb line to score the Scarlets’ first try against Edinburgh.

The scrum-half is now the Scarlets’ leading try-scorer this season after pouncing for opportunist scores against both Benetton and Edinburgh. Also put in a big defensive shift against the Scots.