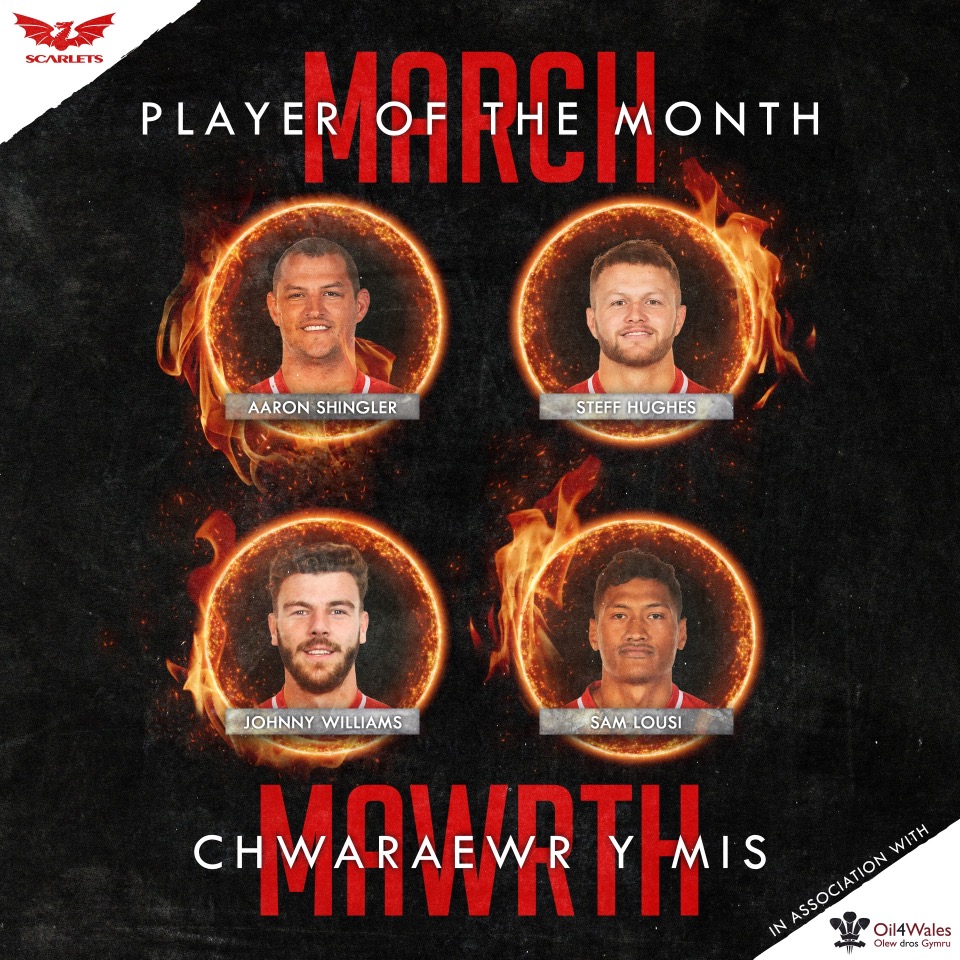 The Guinness PRO14 has come to a dramatic conclusion and it’s time to vote for your Oil 4 Wales Scarlets player of the month for March.

Like February, there were just two matches played – a disappointing away loss to Conference B winners Munster followed by a stunning comeback win over Connacht at Parc y Scarlets.

Here are the four nominees for the award.

You can vote by clicking on this link or go to our Twitter page and other social media channels.

The 33-year-old Wales international has been playing like he’s never been away. Made his long-awaited return in Limerick and finished as the game’s top tackler. Scored an early try in another impressive display against Connacht.

His off-loading prowess has been to the fore with try-scoring assists for Steff Evans (Munster) and Dane Blacker (Connacht). The second row has also been a big presence in defence.

Only played 40 minutes in the two games but certainly made his mark during his time on the field. Sparked the comeback against Connacht with a powerful burst and off-load to set up Steff Hughes’s second try and went on to win the man-of-the-match award.

Continues to be the midfield glue in the Scarlets backline. Crossed for two well-taken tries against Connacht and put Tom Rogers into space with a lovely miss pass to help set the winger free for his solo score.