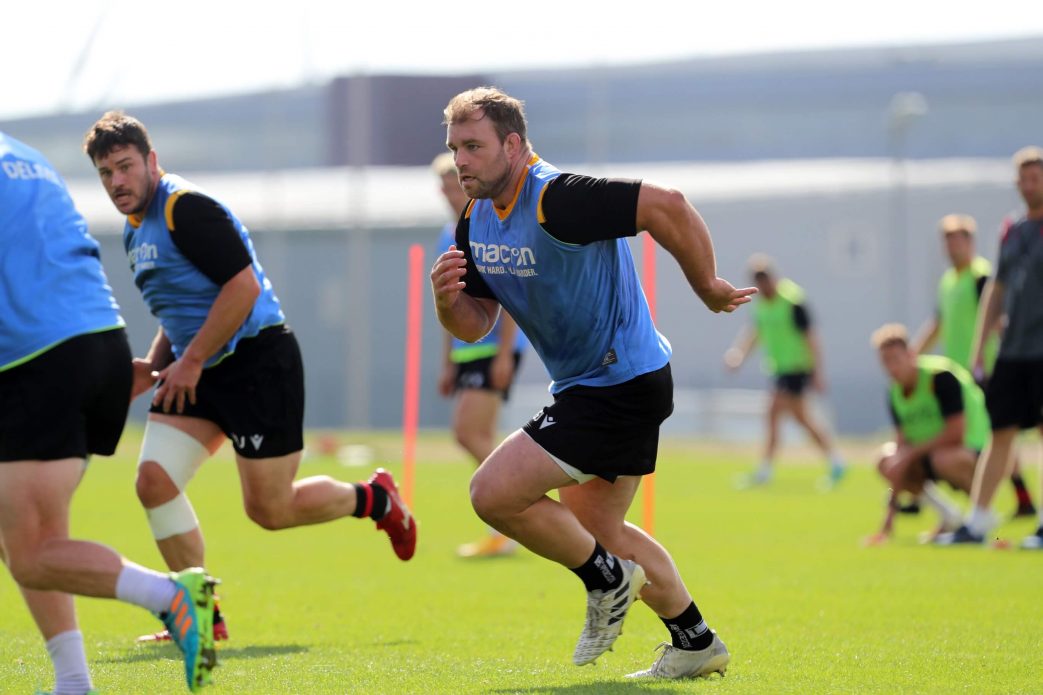 New signing WillGriff John will make his first start in the United Rugby Championship after being named in a Scarlets side showing four changes for Friday’s round two fixture at home to Emirates Lions (19:35 BBC Wales).

The tight-head prop arrived in West Wales from Sale Sharks in the summer and swaps places with Wales international Samson Lee, who is named among the replacements.

Following last weekend’s narrow loss to Edinburgh, there are two changes behind the scrum with Tom Rogers coming in for Ryan Conbeer on the right wing and Sam Costelow getting the nod over Dan Jones at fly-half.

Scott Williams and Jon Davies, who combined impressively in the Scottish capital, continue their midfield partnership with Davies again captaining the side.

Up front, John packs down alongside Rob Evans and Ryan Elias, while there is an all-new second row pairing of Jac and Tom Price. Aaron Shingler and Sam Lousi are both ruled out through injury.

The back-row of Blade Thomson, Dan Davis and Sione Kalamafoni is retained.

On the bench, Shaun Evans – a late addition to the squad in Edinburgh – is included as back-row cover, while Morgan Jones comes in to provide cover at lock.

Ioan Nicholas will make his 50th appearance in a Scarlets jersey if he comes onto the field.

Scarlets head coach Dwayne Peel: “We are very excited. We have scouted the Lions through the Currie Cup and we took a lot from last week’s game versus Zebre. They were very impressive in the first half and punished Zebre every opportunity they got. The fact the four big South African franchises are in the URC is great for the league and we are looking forward to the challenge on Friday.”