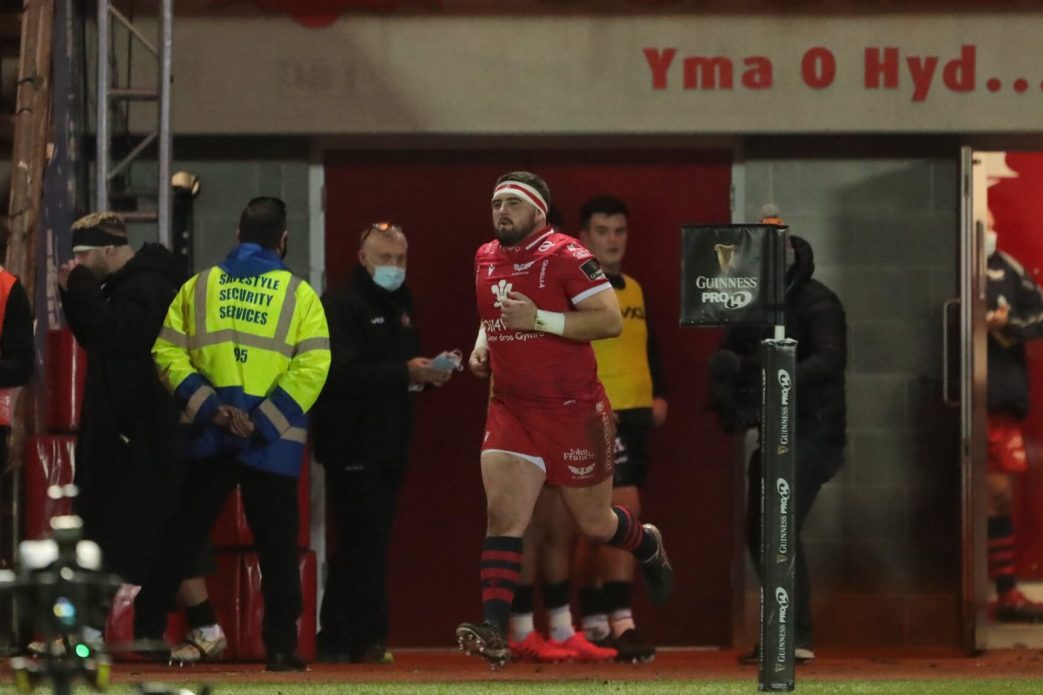 Wales international prop Wyn Jones has signed a new contract to stay at the Scarlets.

Firmly established as one of Welsh rugby’s leading loose-heads, the 28-year-old recently made his 100th appearance in Scarlets colours.

Hailing from Llandovery, Jones played for his home town club the Drovers in the Welsh Premiership before making his Scarlets debut in 2014.

He has since gone on to win 30 caps for Wales and was a member of the Scarlets squad that lifted the Guinness PRO12 title four years ago.

“It is nice to be able to stay at my home region and play good rugby with a good group of boys. I am enjoying my rugby at the moment, it is a great environment to be part of so it was an easy decision to re-sign,” said Wyn, now in his eighth season with the Scarlets.

“The squad here is as strong as I can remember, a great mix of experience and youngsters who are putting their hands up and we have ambitions to compete with the best in the PRO14 and in Europe.

“It was a proud moment for me to make my 100th appearance a few weeks ago and I feel that at the age of 28 there is plenty more to come from me and hopefully plenty more matches in a Scarlets jersey.”

First capped on the summer tour of 2017 against Tonga, Jones was Wales’ first-choice loose-head at the Rugby World Cup in Japan.

A powerful scrummager with a strong work-rate in the loose, he has been an integral part of the Scarlets pack and head coach Glenn Delaney is delighted that one of his key forwards has put pen to paper on a new deal.

“It is fantastic news on the back of Wyn reaching a 100 appearances for us. He is Wales’s loose-head and it’s brilliant that Wyn wants to stay, sees value in staying here and that he is looking to progress and get better again,” he said.

“He is a great bloke to have around the place, we love his personality, he is full of energy and right at the heart of everything that we are doing here. Having senior props like Wyn around to show the youngsters the way is really important, it is what we are trying to build.”

The Scarlets will be making further contract announcements over the coming weeks with a number of key players having re-signed ahead of next season.