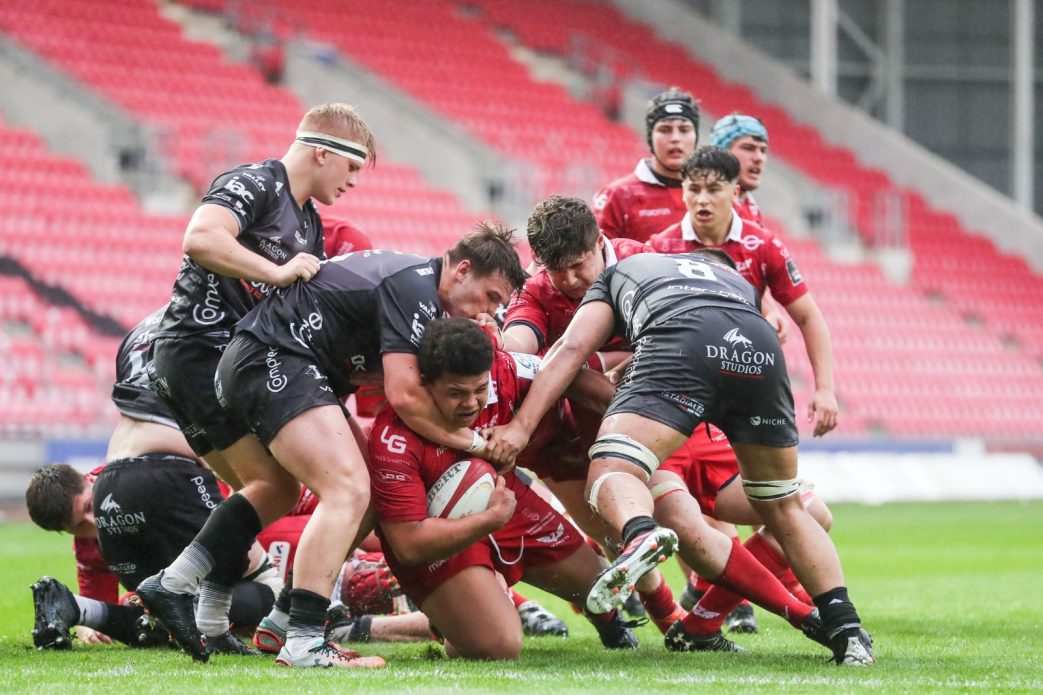 Scarlets U18s slipped to their first defeat of the Regional Age-Grade campaign when they were edged out 15-14 by a late Dragons comeback at a sodden Parc y Scarlets.

The home side, playing their first competitive fixture for more than a year had led 7-5 at half-time after a try from second row Evan Sheldon, converted by fly-half Osian Evans, had countered an early score from visiting centre Oli Andrew.

Back-rower Caleb Salmon saw yellow early in the second half, but the Scarlets were able to hold firm with 14 men and when the Pembrokeshire forward returned, the home side were celebrating their second with replacement prop Tom Zoogah showing good strength to cross from close range.

Replacement Tal Rees converted to push the Scarlets into a 14-5 lead, but the Dragons fought back strongly and a converted try by replacement Gruff Davies brought them back in touch before fly-half Sam Berry nailed a match-winning drop-goal.