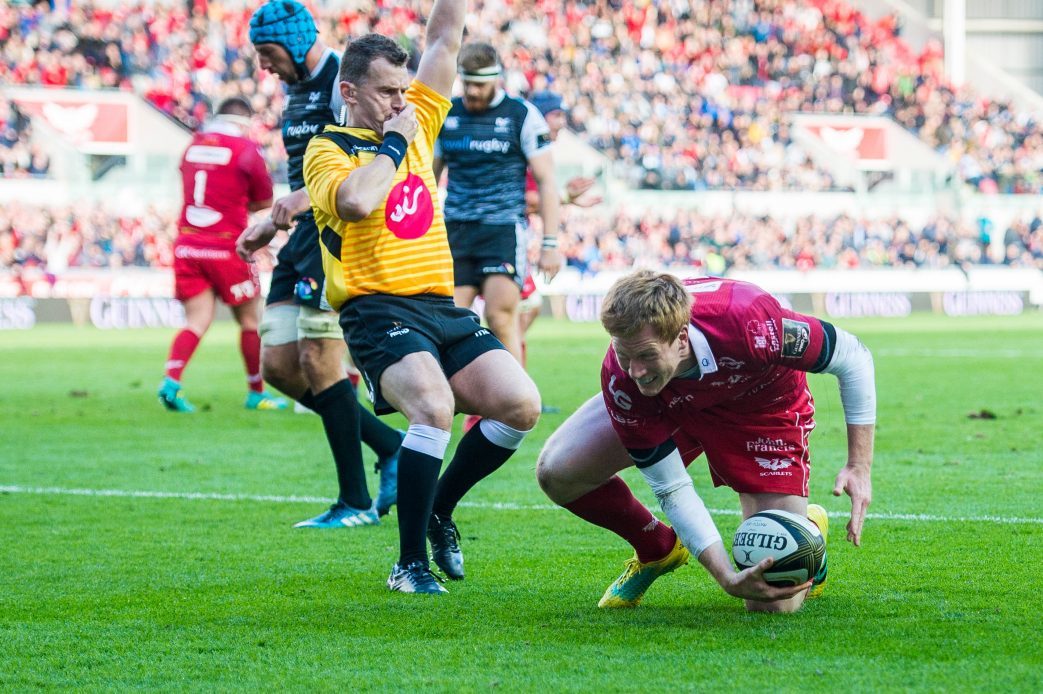 Eleven Scarlets have been named in Wales’ 2019 Rugby World Cup squad that is heading to Japan this month.

There is disappointment though for Rob Evans, Samson Lee and Steff Evans, who will be welcomed back to the Scarlets ahead of the start of the Guinness PRO14 campaign.

There are six back-rowers, which means Shingler and James Davies, who have both battled back from injury are named.

Rhys Patchell gets the nod as one of two fly-halves after impressing off the bench in Wales’ 22-17 defeat to Ireland at the Principality Stadium on Saturday.

Owens, who is heading to his third RWC, Elliot Dee and Elias are the three hookers in the squad.

Captain Alun Wyn Jones, who has featured in three RWCs and played in 15 tournament matches, is one of four second rows alongside Ball, Adam Beard and Cory Hill.

Gareth Davies, Aled Davies and Tomos Williams are named as the scrum-halfs with Dan Biggar and Patchell as the recognised tens.

Jonathan Davies, Parkes and Owen Watkin feature as the centres in the squad with Josh Adams, Hallam Amos, Halfpenny, George North and Liam Williams included as the back-three selections.

“Selection is always the toughest part of the job and that is especially true come RWC time,” said Gatland.

“Reducing the squad down to 31 has been extremely hard especially when you look at the depth we have created and the amount of the work the training squad have put in, for some, 14 weeks of training.

“We are really happy with the final 31, we feel there is an excellent blend to the squad, in terms of talent, experience and age profile and we are all incredibly excited about heading to Japan and what lies ahead.

“These players have performed and delivered for Wales and deserve the opportunity to represent their nation at the game’s showpiece tournament.”