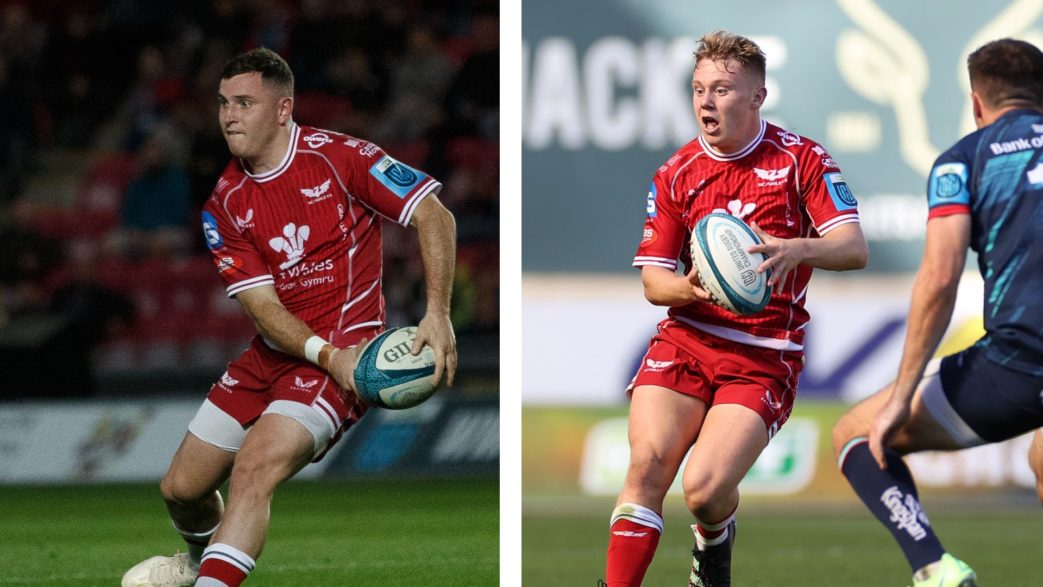 Uncapped half-backs Dane Blacker and Sam Costelow have earned their first Wales call-ups after being named in Wayne Pivac’s 35-man squad for the 2022 Autumn Nations Series.

The pair are among seven Scarlets selected in the party for the Tests against New Zealand, Argentina, Georgia and Australia with Leigh Halfpenny, Kieran Hardy, Ken Owens, Ryan Elias and Josh Macleod also getting the nod.

Costelow is rewarded for his outstanding early-season form in the No. 10 jersey, while Blacker has shone on his appearances off the bench.

Back from long-term injury in recent weeks, the experienced Halfpenny and Owens have earned a recall, along with Macleod, 18 months after a ruptured Achilles denied him his first Wales cap during the 2021 Six Nations.

The 25-year-old openside was a big influence on the Scarlets’ win over Zebre last weekend, clearly catching the eye of Pivac and his coaching team.

Pivac said: “Josh Macleod is an interesting one. He’s been selected in a couple of camps before. Unfortunately he was injured before coming in playing for the Scarlets, then we actually named him to play in a Six Nations game against Scotland and he ruptured his Achilles in training which was devastating for him. He’s a guy that’s been on our radar for some time and to get him into the squad and have another look at him, we’re excited for Josh.”

He added:  “It’s great to have Ken, Justin (Tipuric) and Leigh back after long-term injuries. They are three great players who have served Wales very well. They are all British and Irish Lions so quality players. We’re excited to have them in the squad for obvious reasons. We have a number of young players in this squad so it will be great for them to rub shoulders with these experienced ones.”

Talking about the uncapped players in the squad, Pivac added: “There’s a lot of young players we’ve been keeping an eye on for a number of years through the age group system and now playing club rugby. There’s a view of the here and now in this squad but also beyond Rugby World Cup 2023 to the tournament in 2027, so there’s some young guys getting the opportunity to taste the camp environment. They may or may not get game time, but it will be a great experience for them.

“Dane Blacker has been playing well at nine for the Scarlets. We know a lot about Gareth (Davies) it’s not the end of the road for Gareth, I’ve spoken to him. Sam Costelow is another young player at the Scarlets playing well and having come through the age grade system.”