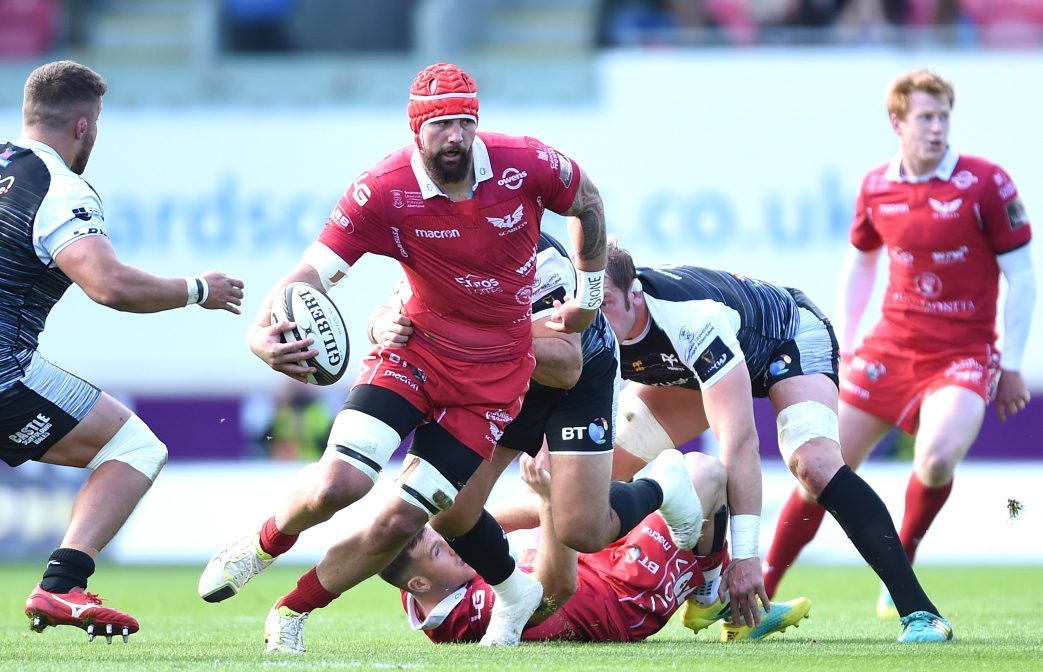 Blade Thomson will become the latest player to represent Scarlets on the international stage when he runs out for Scotland against France at BT Murrayfield in Saturday’s World Cup warm-up.

The former Hurricanes back-rower was due to make his Test debut last November, but suffered a head knock in a Guinness PRO14 clash in Edinburgh which forced him to miss the majority of the season.

Thomson is now fully recovered and after impressing in Scotland’s summer training camps, is set to make his international bow in the Scottish capital.

Born in New Zealand, Thomson qualifies for Scotland through his paternal grandfather Robert.

The 28-year-old is named at No. 8 in a side showing wholesale changes from last weekend’s disappointing 32-3 defeat to Les Bleus in Nice.

Thomson will become the 235th player to represent either Llanelli RFC or the Scarlets in the Test arena, following Kieron Fonotia (Samoa) Tadhg Beirne (Ireland) and Sam Hidalgo-Clyne (Scotland) on the Scarlets’ roll of honour.

Former Scarlets favourite John Barclay is named among the replacements.