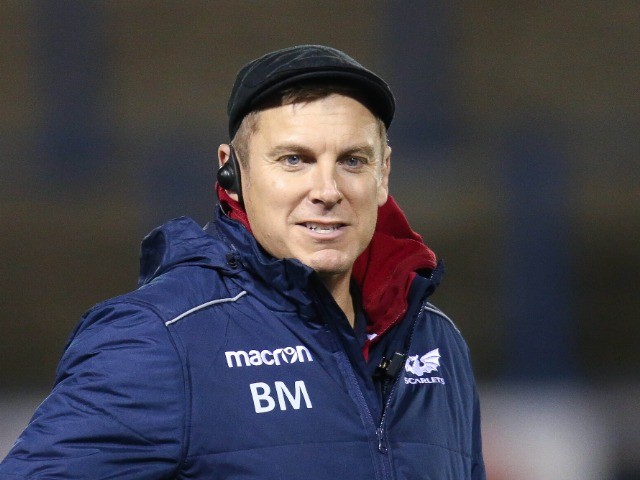 Scarlets head coach Brad Mooar will be getting on his bike on Wednesday to join Wales great Shane Williams on a charity cycling challenge.

Shane is planning to ride 774 miles in one week — the distance the former Wales and Lions wing had been due to cycle in various charity events in 2020.

All the money raised will be donated to a number of organisations including the NHS.

Brad had been planning to ride the Carten100 (Cardiff to Tenby) ride along with Shane this year, but instead will now be cycling 100 miles of the challenge on his own watt bike from his home in Hendy.

“I said to Shane a while back that if we weren’t playing on the day of the Carten I would jump on that with him so I am going to join for a 100 miles on the watt bike tomorrow and ride away,” said Brad.

“If you can, get in and support; whether it is giving us a like, sending us a wave or chucking a bit of money in and supporting Shane on this great effort.”

The challenge was inspired by the efforts of Tour de France winner Geraint Thomas, who raised £300,000 for the NHS by cycling for 36 hours over three days.

In a video posted on Instagram Shane said: “Geraint Thomas, you are a legend mate. Well done on the success of the bike ride you have done over the last three days.

“So instead of just not doing it, I have decided to go the full hog and do it all in one hit — in seven days do 774 miles on the bike.”

Shane will start his challenge on Wednesday morning and we will keep you updated on Brad’s progress on the Scarlets’ social media channels.