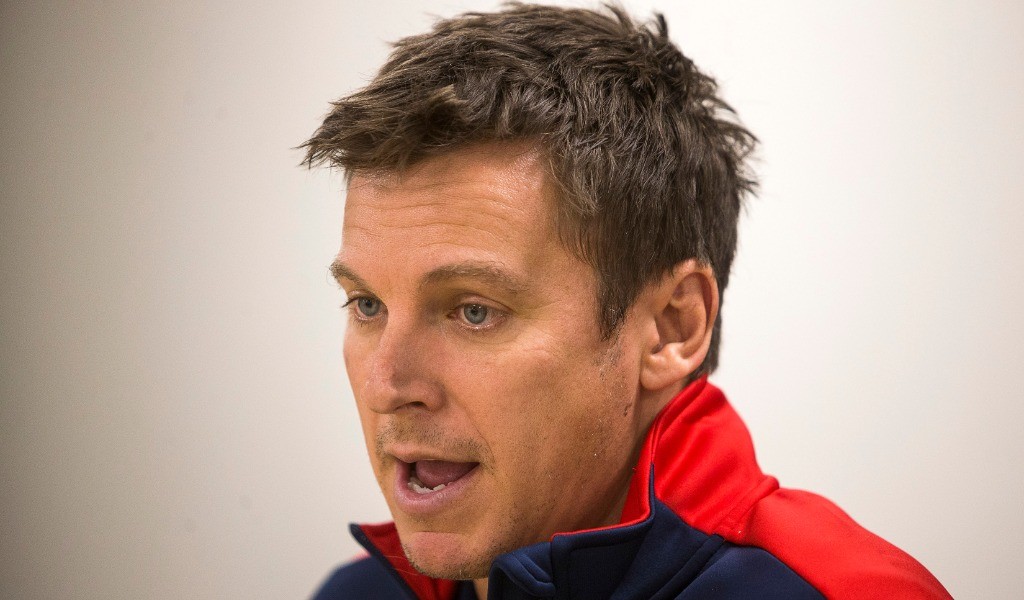 Scarlets returned home following their first win on French soil in five years, with head coach Brad Mooar looking forward to welcoming more of his international players into the ranks ahead of Saturday’s return against Bayonne in Llanelli.

A 19-11 victory at the Stade Jean-Dauger kept the Scarlets firmly in the hunt for qualification from Pool 2 of the European Challenge Cup.

Leigh Halfpenny made an impressive first appearance of the campaign, kicking 14 points, while some other of Wales’ World Cup players are set to be involved at Parc y Scarlets this weekend.

“I am really pleased with the effort,” said Brad.

“That was our first win France in five years; we celebrated that and it was a pretty happy changing room afterwards. The boys are doing a good job.

“We had a couple of late withdrawals before the game – Wyn (Jones), Samson (Lee), Gareth Davies – and we are looking forward to seeing the bulk of the squad back together and giving us some selection headaches and giving guys an opportunity to pull the Scarlets jersey on for this season.”

On the subject of players returning to Scarlets action following the World Cup, Brad added: “People ask whether it is frustrating etc; it is not frustrating for us at all. We have a very exciting group and a very excited and energised group that is doing a great job.

“The communication for us has been very clear. Where it might get frustrating is for the fans because we have had another great night of outstanding support. People have gone that extra mile with all the travel disruptions, changing flights, travelling through the night, what an outstanding support base we have got.

“For them, they want to see the full squad in action and I think it is due.”

After three rounds of Challenge Cup action, Scarlets trail Toulon by five points. The teams are due to meet at Parc y Scarlets in round five in January.

“It is a matter of ticking the games off and the side to beat next is Bayonne at home this Saturday,” added Brad.

“I think we are really close to cracking a side, we are dealing with a real positive group that is keen to get better and keen to work out how to do that.”

Asked about Halfpenny’s performance, Brad added: “He is world-class. It has been an absolute pleasure and privilege to watch him go about his work this week.

“He doesn’t necessarily say a lot in the group, but when he does it is right on point and he is holding himself, and everybody, including the coaches, accountable in a really nice way.

“It is all driven about getting better and getting clarity.

“It is an absolute privilege to work with a player like Leigh; just watching him go about preparing for game and what he does and to see him happy and smiling wearing that Scarlets jersey in a winning dressing room, it is fantastic.”