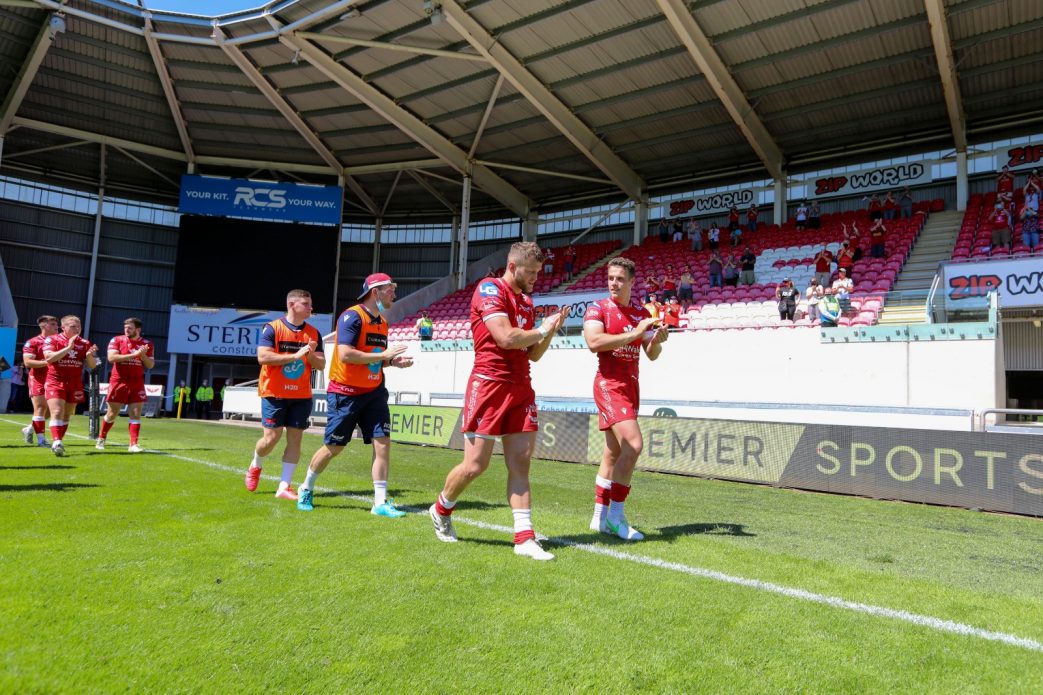 Dai Flanagan spoke to the media after Sunday’s sun-soaked 28-28 Rainbow Cup draw with Edinburgh, reflecting on a missed chance, another Tom Rogers special and the welcome return of supporters.

Dai, how do you react to that result?

DF: “We are all disappointed; we did a lot of good work and then the last five minutes shows probably where we are at at the moment, full control to letting a 14-point lead go within five minutes

“There were lots of good stuff and that shows youngsters are learning, but there was perhaps a bit of indiscipline at the end that cost us. I suppose it summed our season up, we need to now draw a line in the sand and look forward to the summer starting again. We need to become more consistent and drive standards within each other hard to make sure we are a tough team next season.”

How good was it to have supporters back?

DF: “That Is why we play, why people put the shirt on every week, it is to perform in front of fans and your families. There is a bigger picture than rugby here today, you can see the families, kids, it is brilliant.

Another big performance from Tom Rogers, what did you make of his display?

DF: “Every time he gets the ball defenders get scared because he is so quick, so elusive and so strong. He is only going to get better and the more we see him in a Scarlets shirt the better he will become. He needs to keep working hard because there is a lot of competition in that back three and he needs to keep pushing the quality players that we have.

“He was cramping a bit in that second half, but you can see when he gets the ball how excited the fans get, he has got X-factor and I don’t know how many people were here, but they were certainly up on their feet when he had the ball.”