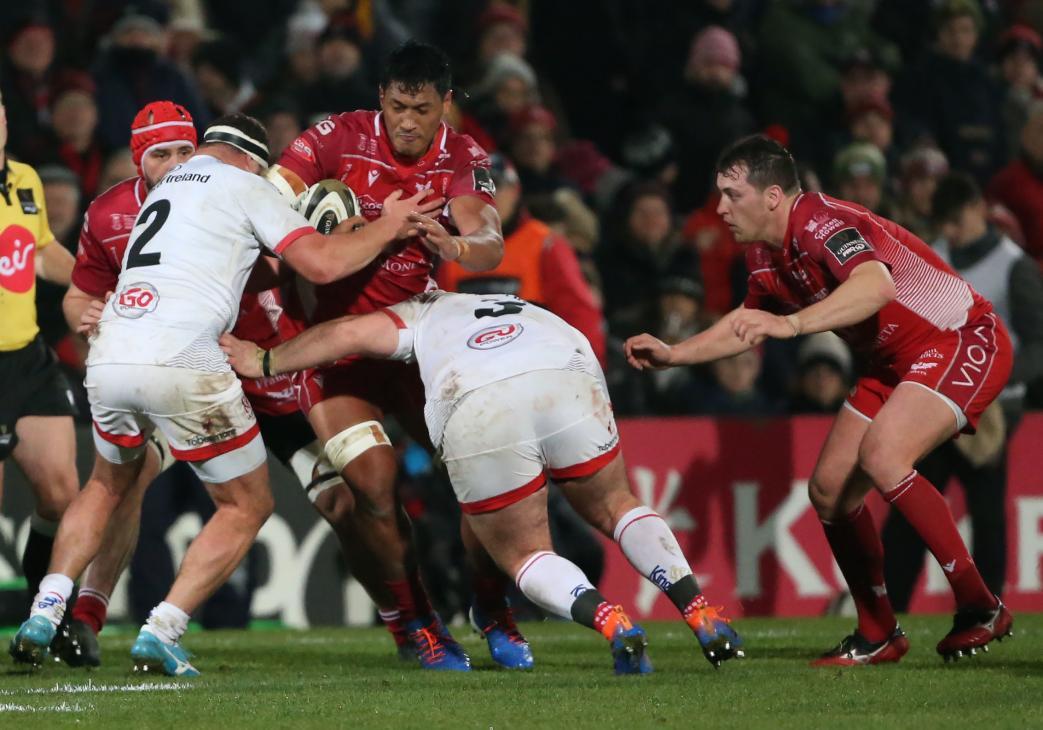 Scarlets fell to a second defeat of their Guinness PRO14 campaign after being swamped by a dominant first-half display from Ulster in Belfast.

The home side had the try bonus point in the bag before the half-hour mark, racing into a 24-0 lead.

The visitors showed far more spirit after the break and their pressure was rewarded with a first Scarlets try for replacement flanker Jac Morgan.

But it was the Ulstermen who had the final say with a fifth try two minutes before the end to secure a convincing 29-5 victory.

The Scarlets were on the back foot from the whistle and were stunned by a first half which saw Ulster boss possession and territory.

The Northern Irish province were up and running after just five minutes when centre Matt Faddes pounced on a kick through from midfield partner Stuart McCloskey.

John Cooney was wide the conversion, but the scrum-half made no mistake moments later, converting his own corner score.

Falling on the wrong side of the officials, the Scarlets found themselves camped in their own half throughout the first period.

A third try followed on 17 minutes when back-rower Matty Rea touched down following a strong line-out drive and Ulster celebrated the try bonus after 27 minutes when wing and man of the match Robert Baloucone dived over, gathering a clever, looped miss pass from McCloskey.

To compound matters flanker Uzair Cassiem was shown yellow for illegally bringing down a maul, but the Scarlets did manage to hold out until half-time without further damage.

Facing a mountain to climb, the Scarlets enjoyed far more ball in the second period as they looked to claw their way back into the game

But for all their adventure, they struggled to break down a stubborn home defence.

Ulster had wing Craig Gilroy yellow carded for a high challenge on Ryan Conbeer on 71 minutes and the Scarlets took advantage with a consolation try with five minutes remaining.

Marc Jones carried strongly towards the home line and when the ball was spun wide to replacement Morgan, the youngster produced a superb one-handed finish in the corner.

It was Ulster, though, who had the final word with Faddes touching down for his second try of the night with two minutes left on the clock.