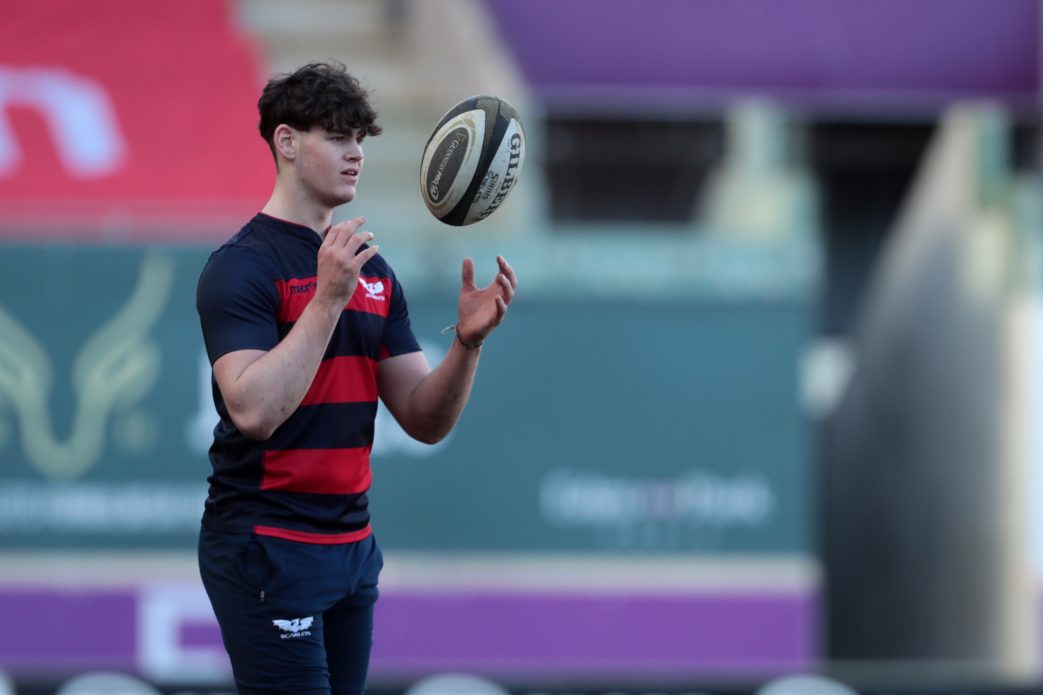 Five Scarlets players have been named in the Wales U20s squad for the 2021 Six Nations which kicks off on Saturday at Cardiff Arms Park against Italy (KO 8pm).

Costelow and Tuipulotu have both made their senior debuts this season; James and Williams have been training regularly with the senior squad at Parc y Scarlets, while Llanelli Wanderers product Giannini is another who has been making his mark at age-grade level.

Six players have been capped previously at U20 level. Forwards Theo Bavacqua (Cardiff Blues) and James Fender (Ospreys) along with backs Joe Hawkins, Costelow, Dan John and Jacob Beetham all played in last year’s campaign while Rhys Thomas was in the wider squad but didn’t get any game time.

Former Scarlets forwards coach Ioan Cunningham, in his first campaign as head coach, admitted a number of tough calls had to be made before he confirmed his squad.

“It’s been a challenge but a real exciting one,” he said. “It’s been a long process observing players in a training environment which has also been a challenge with covid protocols and no games but we are confident as a coaching group that the right decisions have been made and we’re excited to see them go.

“We initially had a squad of around 46/48 and then we cut that down to 36. Then there were some more tough conversations when we brought it down again and that brought home how much it meant to these players to represent their country – dropping it down to 32 has been tough, in some positions the depth is very strong.”

Despite the majority of the squad having not played for some time due to the pandemic, Cunningham is optimistic he has assembled a squad capable of putting some good results together.

“Overall it is a fairly young squad, there are only six players carrying over from last year’s group so it’s an induction of fresh new talent to the group which is exciting. We’ve got some strength up front, our forwards are a big group of big men but we also have a talented backline with gifted players – hopefully we can give them enough possession to express themselves.”

Wales U20 squad for Six Nations

Wales U20 Six Nations Fixtures (all at Cardiff Arms Park)