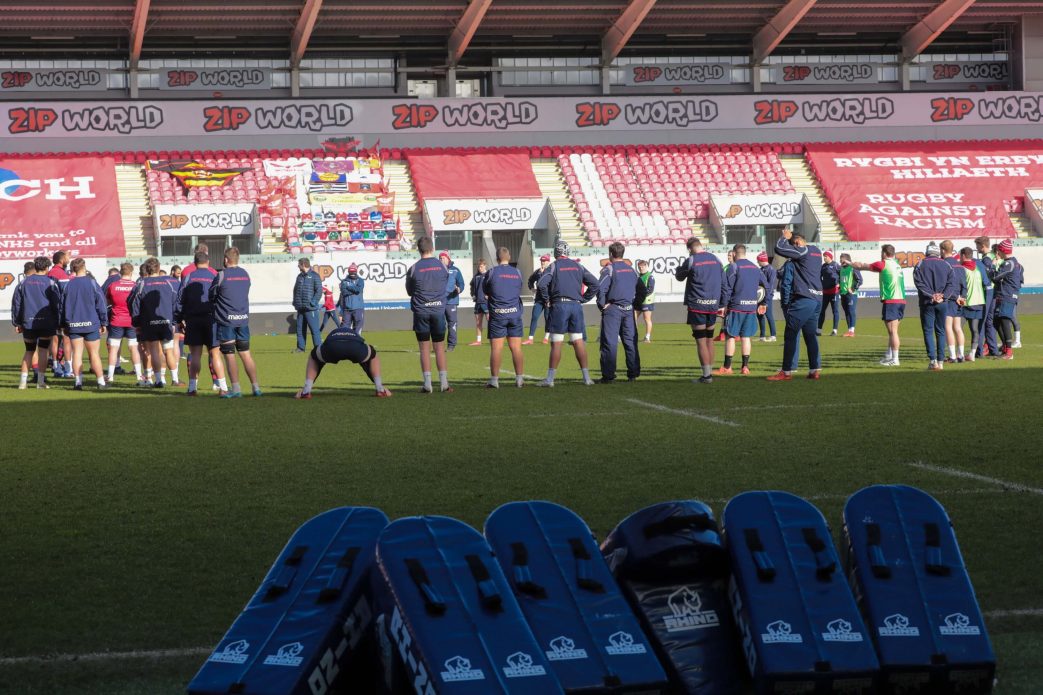 Glenn Delaney spoke to the media ahead of Saturday’s mid-day Guinness PRO14 clash with Edinburgh. Here’s what he had to say

Glenn, you must be pleased with the performance and result against Benetton?

GD: “I said after the game, the boys had worked really hard beforehand and it was pleasing to see them get their reward. We scored six tries; there was a variety of them; we looked to have a go from our goal line, there was a lot of good stuff. The last try was kind of the game we are trying to build, that is the sort of rugby we want to keep playing. It is always a happy camp when you execute some of the things you plan to. When you have a win it tends to be that you are looking to build instead of perhaps trying to correct. We are always trying to be optimistic towards what is happening next, that is the nature of where we are at. What the result does is clear up things that may be in the boys minds, the focus is on what we are doing next and we have had a really good week.”

What is the injury update on  Sam Costelow and the latest on Rhys Patchell and Aaron Shingler?

GD: “Sam will miss this week, he has an ankle injury that will take a couple of weeks to settle down which is a shame because he has been playing well for us.

“We are taking it day by day, week by week with Patch. He is in a great space and he is not far away. This is a big week for him with lots of contact and all the fun stuff and so far so good.

“Shings is going to do a game replacement on Saturday and that Munster game (March 12) could be a really good target for him. He is hitting all the marks, we had him warming up with the team last weekend and having him close to the group is always exciting because he brings a bit of edge. He has a big day Saturday, which is what he needs.”

What about the challenge of Edinburgh?

GD: “They are a tough nut to crack, physical, abrasive; they have a game based around set-piece and tactical kicking and they are good at that type of game. We had a 6-3 epic in the rain here earlier in the year, we had a red card which probably counted against us, but they came into the game on the back of something like six losses and managed to turn us over. I don’t think they fear playing us and we have to accept that and actually do something about it on the field. If you look at the shake-up in our pool this is a very important game (for Champions Cup spots). We feel we are building and we need to take another step forward this week against a team that will be ready to go.

What are your thoughts on the news that there will be an open draw for the last 16 of Europe?

GD: “I am delighted we have found a way through and we will see what happens. The draw may well suit us nicely, we could get a home draw whereas if they had left it we would probably have been away to La Rochelle, which could still happen, of course. The reality is we are in the hat and if we can get a home draw that will be brilliant. Being in the play-off rounds of Europe is where the excitement is. Once this comes around after this phase of PRO14 it is going to be pretty exciting.”