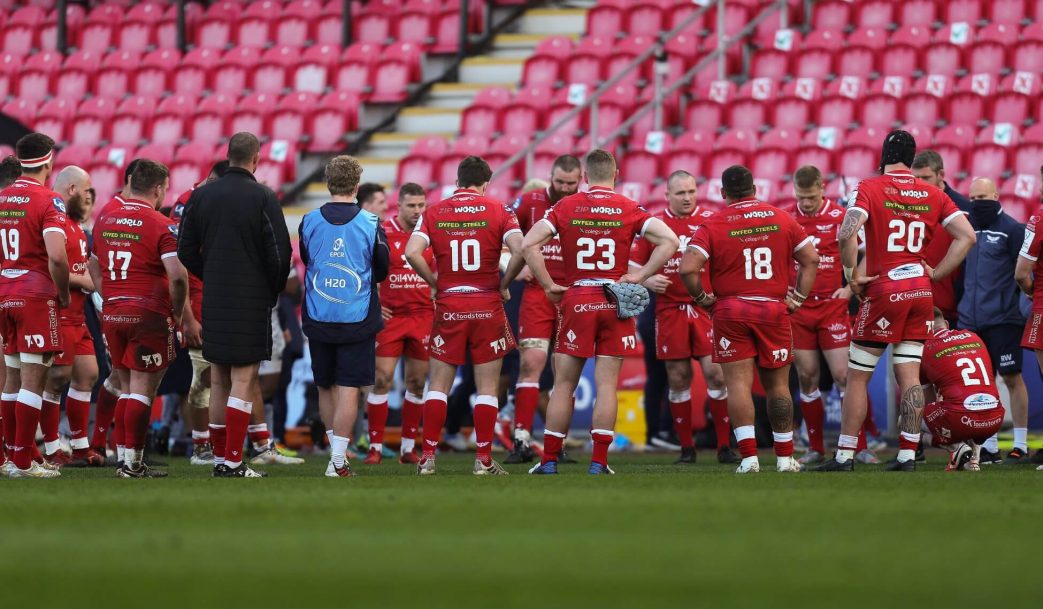 Scarlets head coach Glenn Delaney and skipper Ken Owens spoke to the media in the wake of the 57-14 Champions Cup loss to Sale Sharks at Parc y Scarlets. Here’s what they had to say.

Glenn you can’t have experienced many matches like that. What’s your reaction?

GD: “You’re right, I haven’t. In the first-half we were making too many uncharacteristic errors and Sale didn’t have to do too much. They had the territory and momentum went with them. When you don’t manage territory early on in a big European game it is going to be pretty hard to come back from that. There were a couple of errors that didn’t really set the game up well for us. Once momentum built against us, we were second best. That was the tale of the tape.”

Sale seemed to dominate you physically?

GD: “They were very physical. At times, when you play with so little possession, you try to make things happen and that played into their hands. I thought we were excellent mauling but that was never going to be enough. It was a disappointing evening.”

You had a chat with the boys after the game, what was said?

GD: “You just try and be objective. You have take a step back from it. Really, it was momentum that took the scoreline to what it was and that was built upon from that first 30 minutes when we were under the cosh and didn’t really recover from it. We’ll dust ourselves down because we have to, that is what we do and we’ll get back on the horse and look to improve. All we can be concerned about is how we make ourselves better.”

Ken, what is your reaction to that performance and result?

KO: Rugby is a very simple game, we didn’t match their physicality at all and we made back-to-back errors in those first 30 minutes far too often and it played into their hands. Attack-wise they came very direct, which we knew they would. Even though it is simple, it is very difficult to stop when they get it right. They played very well and defensively they had huge line-speed which we didn’t deal with particularly well and as the game went on we made more errors after being pressurised by them. They controlled the contact area, line-speed and gainline which summed up the game. We were beaten by a better side on the day.”

How did it go so wrong?

KO: “We felt we had a pretty good fortnight’s prep. We just got dominated physically. We can’t have any complaints. They spoke about what they wanted to do and we didn’t deal with it. We gave them momentum and it is very hard against a side like Sale with the players they have to wrestle that back. It is hugely disappointing. We have had a hiding and can’t shy away from that. We have to show we are a lot better side than we showed tonight because we definitely are that.”