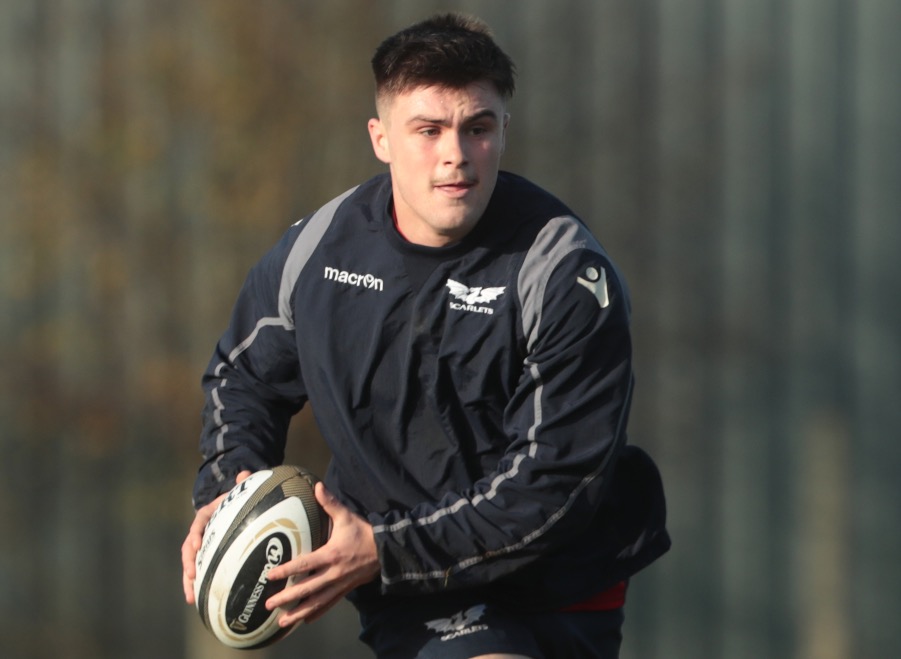 Scarlets centre Joe Roberts is to link up with English Championship side Ampthill on a two-month loan deal.

Roberts has been capped by Wales U18s and U20s and skippered his country’s U19s side in a match against the touring Japan High Schools. He missed the entire 2019-20 campaign because of a serious knee injury, but returned to training in September and made his senior Scarlets debut off the bench in a development match against the Dragons earlier this season.

The 20-year-old said: “I am looking forward to the move. Since returning from injury it has been fantastic for me to be involved with the Scarlets senior squad, developing my game alongside so many internationals. This is now a chance for me to get some rugby under my belt in the Championship. Ampthill are an ambitious club and I am excited to link up with the squad ahead of a big game against Doncaster this week.”

Scarlets head coach Glenn Delaney added: “We have had a number of talented young players who we have been able to give an opportunity to in the PRO14 this season, but there are others who haven’t had that chance and with no A-team competition or Premiership in place at the moment because of Covid they are not playing any rugby.

“The English Championship is a competitive environment. Joe is a huge talent who we have high hopes for and we are excited to see how he performs at Ampthill.”

Ampthill are coached by former Wales fly-half Paul Turner, who said: “I want to thank the Scarlets for making this loan happen and am really pleased that Joe has joined us for this spell.  Joe is one of top young talents in the Welsh system at present and will add real quality to our squad.”