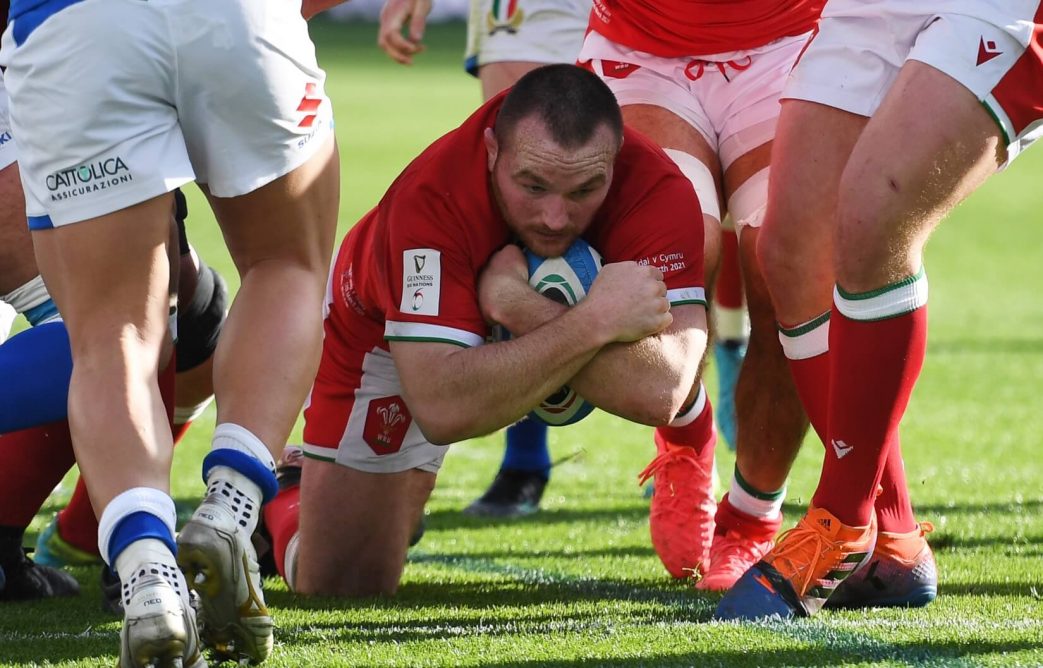 Wayne Pivac’s side dominated a one-sided clash at the Stadio Olimpico, running in seven tries in a thumping 48-7 victory over the Azzurri.

Hooker Owens was on the back of two driving mauls to touch down for his first international tries in five years and the first time in the Six Nations as Wales enjoyed themselves in the Italian sunshine.

Josh Adams and Taulupe Faletau also crossed in the opening period, while after the break, George North, replacement Callum Sheedy and flying wing Louis Rees-Zammit, with a long-range intercept, added to Italy’s misery.

There was also the welcome sight of Ball coming off the bench to make his 50th appearance for his country.