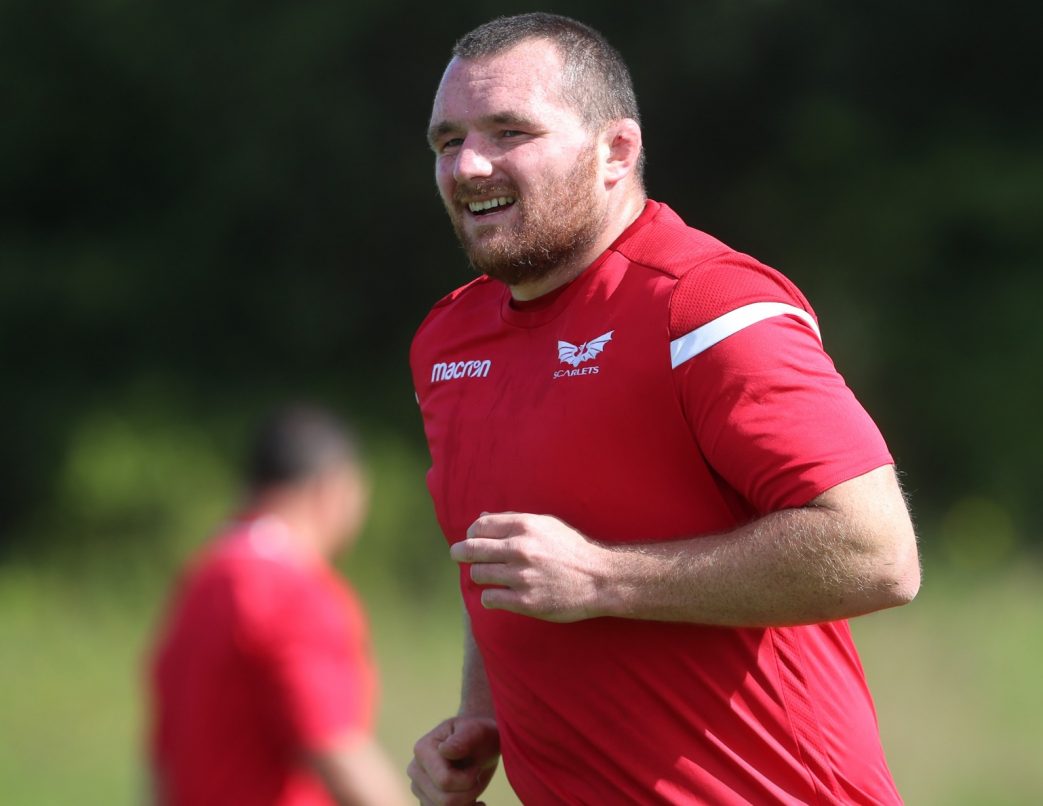 Ken Owens will lead the Scarlets for a record seventh successive season after being awarded the captaincy for the 2020-21 campaign.

The Wales and British & Irish Lions hooker has skippered the Scarlets since 2013 and breaks the record for most successive seasons at  the helm — previously held by current Scarlets president Phil Bennett, who led the club from 1973-79.

Steff Hughes, who captained the side in Ken’s absence this season, will again be vice-captain, while Jonathan Davies, James Davies, Werner Kruger, Jake Ball, Dan Jones and Josh Macleod will make up the rest of the leadership group.

Scarlets head coach Glenn Delaney said: “Ken is our leader, he is also our spiritual leader. He is the heartbeat of our team and if you look at Welsh rugby as a whole, he is going to be up there in a very small, select group of people who are unbelievably respected by all Welsh players.

“What you see on the field is what everyone sees, but what I see is the work Ken does behind the scenes keeping the team together. He works unbelievably hard off the field for everyone and really feels a deep sense of purpose and connection to the players and to the club.

“The leadership group we have is a wonderfully dynamic, diverse group with different opinions and views and they support him 100%. Ken brings them all in and that is a wonderful skill he has got, his ability to bring people into the decision-making process when he needs it.”

Glenn added: “Clearly, Ken has had a huge workload and I needed to be fair; it would have been really easy for me just to say ‘I would love you to do it’ and that would put undue pressure. We talked about it together, he was fresh and ready to go and said ‘I’ll do whatever you want’. Once he said that, it was a very easy decision for me. The decision was pretty much made by his peer group.

“We are lucky to have such a great man who is reaching legendary status at this club to lead us forward for another season.”

Ken made his Scarlets debut against Northampton Saints in 2006 and is closing in on a milestone of 250 appearances over 14 seasons.

He said: “It is always a huge honour to lead the Scarlets and a proud moment to go past the record held by such a Scarlets icon as Phil Bennett.

“I am fortunate to have a strong leadership group alongside me with a huge amount of experience in the game. The boys are excited about returning to rugby against Cardiff Blues next week and finishing this season on a high before getting stuck into the next campaign.”