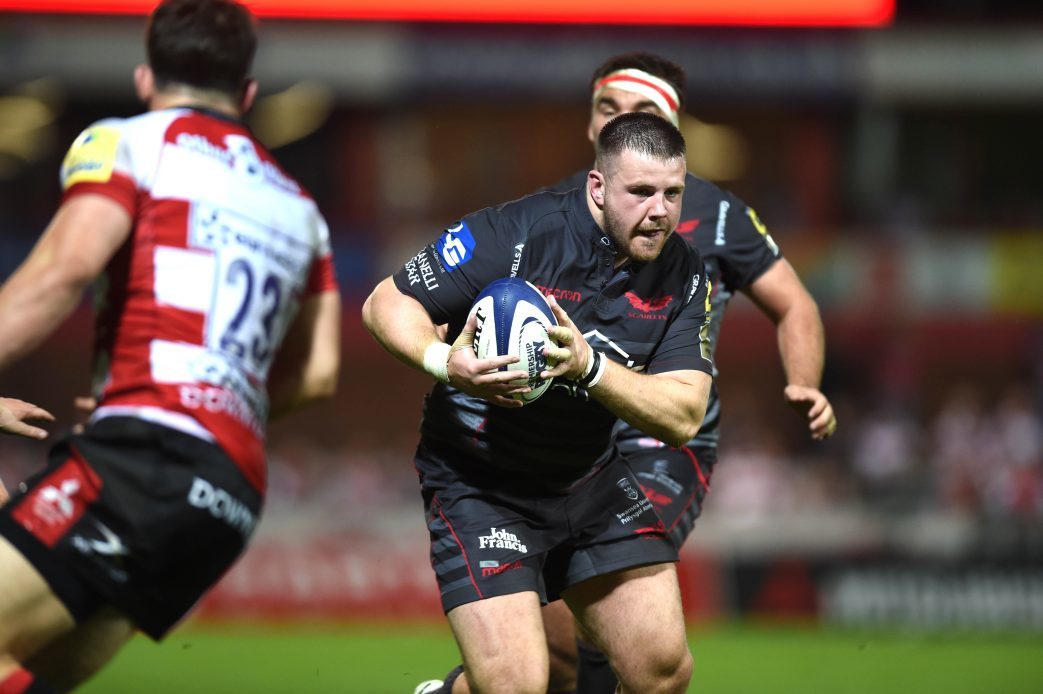 Scarlets and Wales loosehead prop Rob Evans will play his 27th game of the season on Friday night as the Scarlets take on Glasgow in the Guinness PRO14 semi final but says he’s feeling fresh ahead of the challenge.

Evans, who has played 18 games for the region and eight for Wales so far this season, is set to start in the front row alongside his Wales internationals Ken Owens and Samson Lee at Scotstoun Stadium on Friday night.

A victory for the Scarlets will see the region head to a second consecutive final in Dublin as they look to retain their championship trophy.

Commenting on the season so far Evans said; “It’s been a long season but I’m feeling good. I have a few little niggles but nothing out of the ordinary. Everyone at this time of year has a hint of tiredness but I think when you come in to this games you’re excited so it makes up for it.

“Wayne has done a pretty good job managing us and trying to freshen us up. All things considered we’re all ok.”

Barnstorming performances in the regional shirt from Evans, as well as being a part of a solid pack, have seen him earn plaudits as well as pick up a few Man of the Match awards.

Evans went on to say; “It’s always nice to pick them (man of the match awards) up but ultimately it’s just nice that the team is doing well. We were massively disappointed against Leinster, it was a bit of a hit for us as a squad and it was important that we got over that, especially coming in to these games and putting in big performances.

“You’ve got to learn from these things and learn where we went wrong. Hopefully, if we earn the right to go to the final we can learn from those mistakes and whoever we play put those right.”

Commenting on the side’s preparations he went on to say; “We’re just the same as every week but we know it’s going to be a different challenge up there. We play well at home but so do they. We’re under no illusions that it’s going to be a tough game. We’ll have to be right on the money to earn the right to get to that final.

“Momentum is massive going in to these last couple of weeks. There’s been a lot of excitement in training this week and we’re really looking forward to Friday night. We know it’s going to be a tough test and they’re going to come out of the blocks but so are we.”