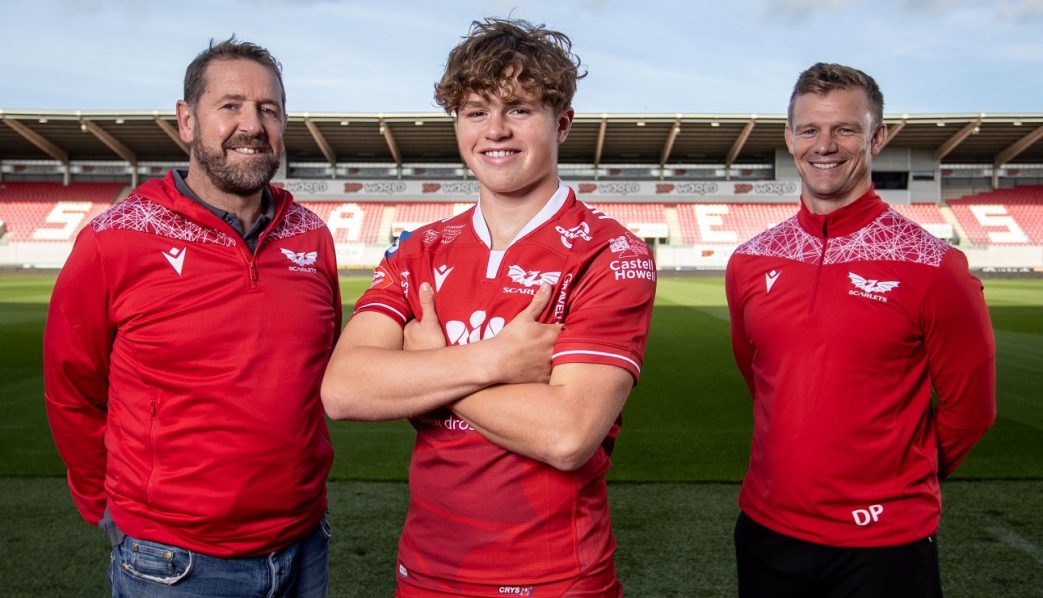 Centre Macs Page has become the latest addition to the Scarlets Academy.

The 16-year-old Pembrokeshire talent starred for Scarlets West in the recent series of under-17 age-grade fixtures and is being tipped for a bright future in the game.

Macs started his rugby journey with Fishguard RFC minis before moving to play with Crymych RFC Juniors and Youth. He is a pupil at Ysgol y Preseli and prior to playing representative rugby had three years with Swansea City football academy.

He is currently studying an Electric and Plumbing Service course at Pembrokeshire College along with playing in the WRU College and Schools National League.

Scarlets Academy skills coach Paul Fisher said: “We were very impressed when we saw Macs playing, he has genuine pace along with the ability to beat defenders at will. His distribution off both hands is impressive and he identifies space well.

“On the other side of the ball he showed his ability to tackle along with being a contact area turnover merchant. We look forward to seeing Macs develop with the Scarlets Academy and are excited by his potential when he moves into senior rugby.”