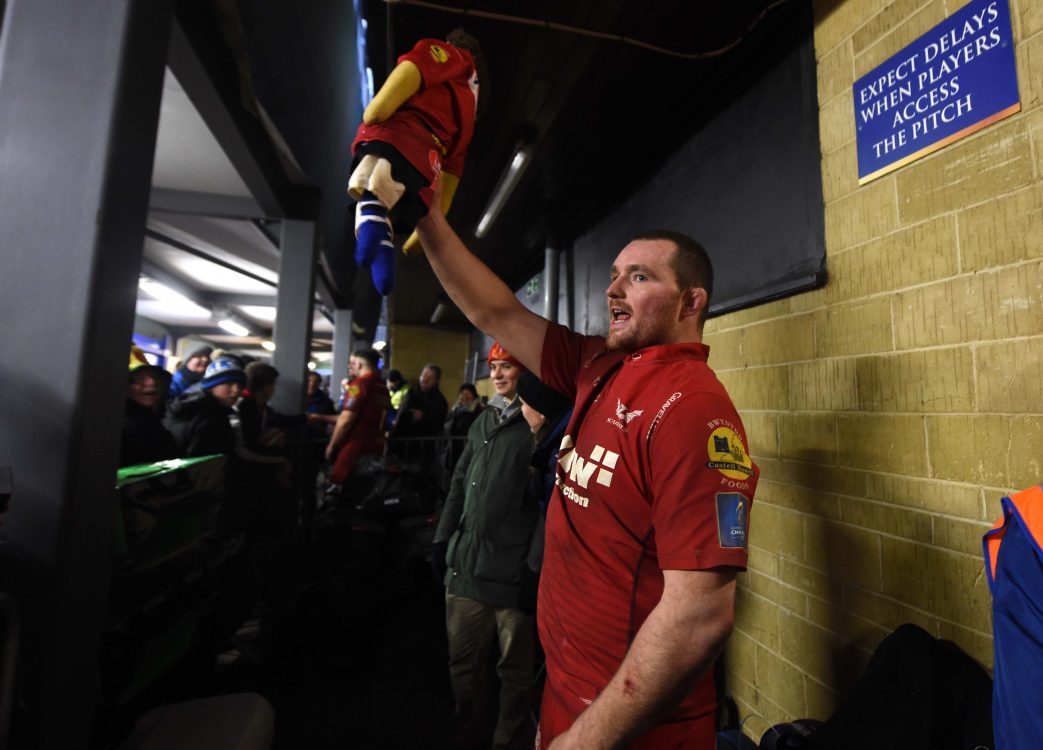 Scarlets head in to Saturday’s European Rugby Champions Cup clash against Toulon, at Parc y Scarlets, with an opportunity of reaching a first quarter-final in eleven years.

A 19-year-old Ken Owens was on the replacements bench when Scarlets last reached a European quarter-final, securing a home victory over Munster at Parc y Scarlets to march on to the semi final.

Scarlets attack coach Stephen Jones scored three conversions in the quarter-final victory and both will be keen to replicate the success.

Scarlets’ 17-45 victory over Bath Rugby on Friday evening included some tantalising tries showing the region’s attacking flair. Speaking after the game Ken Owens said; “That’s what we train like all through the week. It took a bit of time for us to get to the level we’ve been at the end of last season, and like you saw tonight, but the more we play together the better we get.

“I think we all understand each other. The biggest thing, and I’ve been involved with the Scarlets for a long time, I’ve never seen a side that work so hard for each other. We really enjoy each other’s company and it shows on the pitch how we express ourselves. If it’s on, it’s on and we’d back our skills and confidence.

“We’ve learned as players that we have to expect the unexpected from each other. We’ve got some great players and we play a good brand and we enjoy doing it.”

He went on to say: “What we’ve developed is that we’re a big game team and big game players step up. A lot of boys stepped up tonight and put a shift in. We were put under pressure in that second half by a very good Bath side, I thought to a man, boys coming off the bench, ensured a great performance.

“It’s only half a job done. We have to turn up next week. It’s a cup final for us. We can’t sit on our laurels and think we’re the best team in Europe because we put a good shift in tonight. We will celebrate this victory, and rightly so, but it’s half a job done. We’ve given ourselves a chance of qualifying for the quarter-finals but it’s cup rugby and next week is our final.

“The last time the Scarlets got through it was when I was a really young 19 year old, which was a lifetime ago it seems.

“That’s been the side’s big driving factor this season it to make a statement in Europe. It’s cup final rugby now every weekend and that’s what we want to be involved in.”