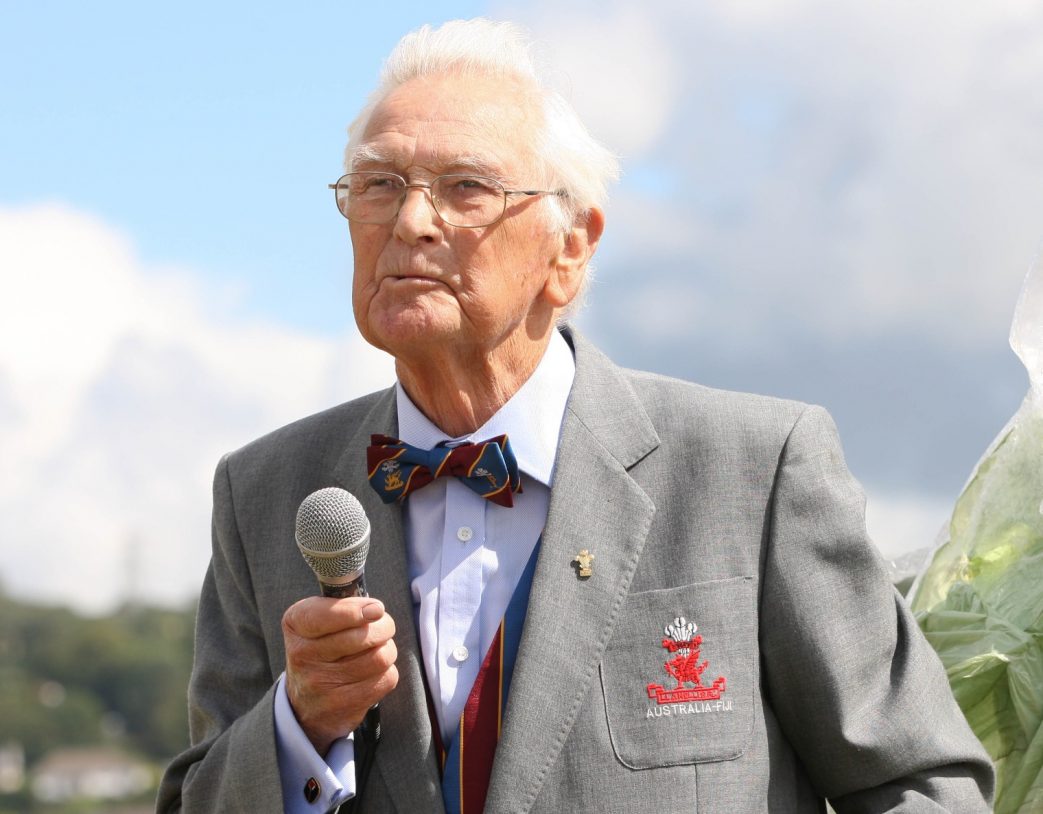 Scarlets are deeply saddened by the passing of Peter Rees, our former player, chairman and president, at the age of 95.

From Penygroes, Peter made his debut for the club in September 1945 at the age of 20 and was one of our oldest surviving players. He won two caps for Wales on the wing — against France in Paris and Ireland at St Helen’s — and was the oldest surviving Wales international.

A former club chairman and president, Peter was instrumental in building the outstanding side of the late sixties and seventies that was regarded as one the best club teams in the world.

Former Llanelli, Wales and British & Irish Lions fly-half Phil Bennett, the current Scarlets president, was part of that side and today paid a glowing tribute to Peter.

“I don’t use the word great lightly, but Peter Rees was one of the greats of Llanelli Rugby Football Club,” he said.

“When Peter was voted in as chairman we were a young team full of local boys. We hadn’t won the Welsh Championship for a long time, but Norman Gale was made captain, a real masterstroke; Peter brought in Tom Hudson as rugby’s first professional fitness coach to make us one of the fittest sides around and, of course, Carwyn James, who in my eyes is the greatest coach rugby has seen, became our coach.

“It transformed us as a team.

“Peter’s contribution to the Scarlets is immeasurable and we all owe him a huge amount.

“You’d see him up in the lounge at Parc y Scarlets, immaculately dressed in his Llanelli blazer and tie and he was a hugely popular figure. He will be sorely missed by everyone and is a massive loss to this wonderful club.

“My condolences go to Peter’s family at this sad time, but they should be so proud of what he achieved for his beloved Scarlets.”

A life member and debenture holder, Peter was a spectator at our last match at Parc y Scarlets against Southern Kings.

Nigel Short, who recently stepped down as Scarlets chairman, said: “Peter was dearly loved by all at the Scarlets. My admiration for him was huge and his sage advice during my time as chairman invaluable.

“He will be missed enormously, but his soul will always be a part of our DNA. Our heartfelt condolences go out to his family and many friends.”