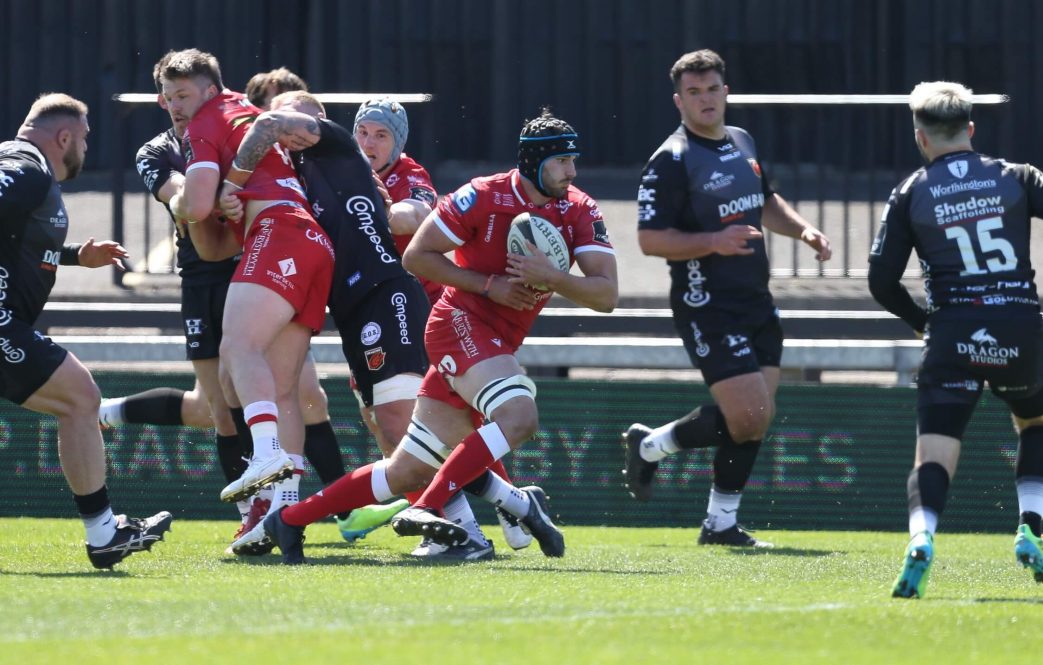 Head coach Glenn Delaney and captain Ryan Elias spoke to the media after the 52-32 Rainbow Cup defeat to the Dragons at Rodney Parade. Here’s what they had to say.

Glenn, what was your assessment of the game?

“It was very disappointing. I thought the game was in the balance for a while, but in the second half we didn’t control it well enough and they got some pretty cheap scores. We were missing one-up tackles and they were good enough to score. I thought we were unfortunate with the try that was disallowed just before half-time, but on the whole in the second half we didn’t control the game well enough. Yes, there were new combinations, so inevitably it is going to be disjointed, but the reality is, defensively we were poor in the second period. We weren’t winning the collisions and when you aren’t winning the collisions it is going to be very hard to get back into the game. We showed when we got opportunities we could score, we just didn’t get enough of those chances.”

What has gone wrong with your defence?

GD: “Defensively this season, it hasn’t been an issue until the last three games. Two months ago we were the best defensive team in the PRO14, but that seems to have gone by the wayside. For me, some of the tackling out there looked as if it was optional, we have got to make sure there is a hunger to enjoy the collisions and win them. If you are not controlling that gainline it is going to be difficult.”

Some positives to see Rob Evans and Kieran Hardy back and a few youngsters getting their chance?

GD: “It is great to see a couple boys back and youngsters getting some more miles on the clock. We will keep giving them exposure and the hope is we’ll be better next time out. We can’t be happy with that today at all. We have worked hard over the last couple of weeks and we expected to be better than we were today.”

Ryan, how do you reflect on that defeat?

RE: “We have got to be honest with ourselves, that wasn’t good enough, the areas where we were poor today we had spoken about all week, fronting up at first phase, not allowing them to get momentum, it just wasn’t there. We run in some good trues, but at the end of the day you have to front up in defence. We have to improve our physicality and we have to take a long hard look at ourselves and have a big couple of weeks leading up to the next game against the Ospreys,”