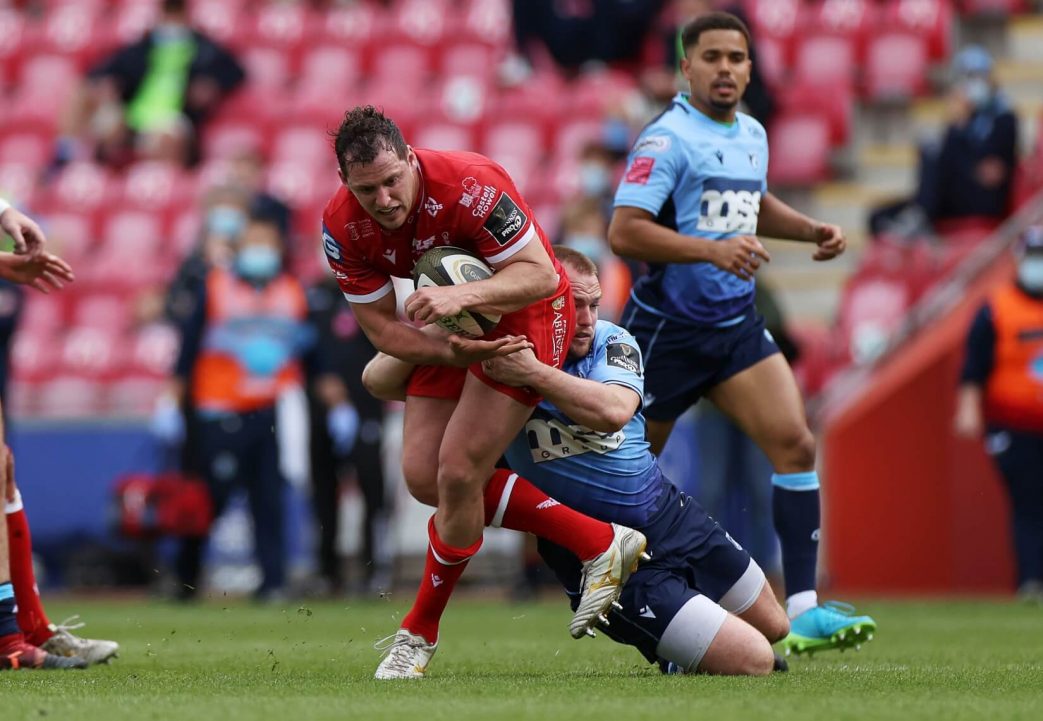 Wales international hooker Ryan Elias will captain the Scarlets in their final match of the season against Edinburgh on Sunday (13:00 ko).

The Rainbow Cup clash will be the first game since February 2020 (against Southern Kings) that fans will be allowed into Parc y Scarlets following the relaxation of Covid guidelines, albeit at a restricted capacity.

Interim head coach Dai Flanagan has again reshuffled his side which shows 10 personnel changes from the team that took the field against Cardiff Blues last time out.

In the back three, new Wales call-up Tom Rogers switches to full-back with Ryan Conbeer and Steff Evans taking up the wing positions.

In midfield, Tyler Morgan and the fit-again Steff Hughes resume their centre partnership, while Dan Jones and Kieran Hardy combine at half-back to complete an all-Welsh back division.

Steff Thomas and Pieter Scholtz pack down either side of Elias in the front row, while Josh Helps partners Morgan Jones at lock. Blade Thomson, Jac Morgan and Uzair Cassiem form the back-row line-up.

There is a welcome return to fitness for Wales international prop Samson Lee, who is set to make his first appearance since the Champions Cup win over Bath in December.

Lee takes his place on the bench, providing forward cover with Daf Hughes, Rob Evans, Danny Drake and Iestyn Rees. Will Homer, Sam Costelow – who has overcome a quad muscle issue – and Joe Roberts make up the rest of the replacements.

Scholtz, Morgan, Cassiem and Homer will be playing their final match in Scarlets colours before moving on when the curtain comes down on the campaign.

This will be the third match between the sides this season. Edinburgh edged a 6-3 win in Llanelli in November, while the Scarlets got the better of a thriller at Murrayfield in February.

“It is massive to have supporters back. Everyone is looking forward to it and we have seen a real spike in training this week because everyone has wanted  to play. We want to leave a mark with people, people have missed coming to games especially at Parc y Scarlets where a lot of lives revolve around the games. We want to give them that feeling again, that buzz of what it means to come back so they can really start to look forward to next season.”