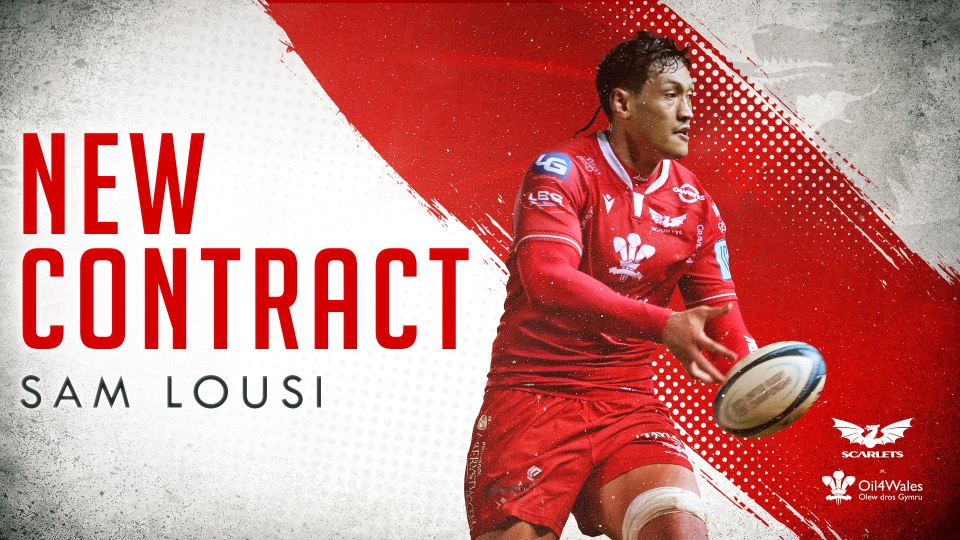 Scarlets are delighted to announce that second row Sam Lousi has extended his stay at the club by signing a new contract.

The 30-year-old second row has been a mainstay of the Scarlets pack since his arrival from Super Rugby side The Hurricanes in 2019, making 30 appearances.

Sam played rugby league for NRL side New Zealand Warriors and Super Rugby for the Waratahs and Hurricanes before his move to West Wales. He has been capped eight times for Tonga, making his last Test appearance at the 2019 Rugby World Cup in Japan.

An athletic carrier with silky handling skills, Sam was named the Scarlets Supporters player of the month for January.

Sam said: “Myself and my family are happy to be staying in West Wales. The squad here at the Scarlets is building nicely and I’m excited to see where we are heading.”

Scarlets head coach Dwayne Peel added: “Sam has been an important member of our side this season and is a big part of our plans moving forward. He is a tremendous athlete with a superb skill-set which fits in with how we are looking to play the game. It is great news that he has signed a new deal with the Scarlets.”