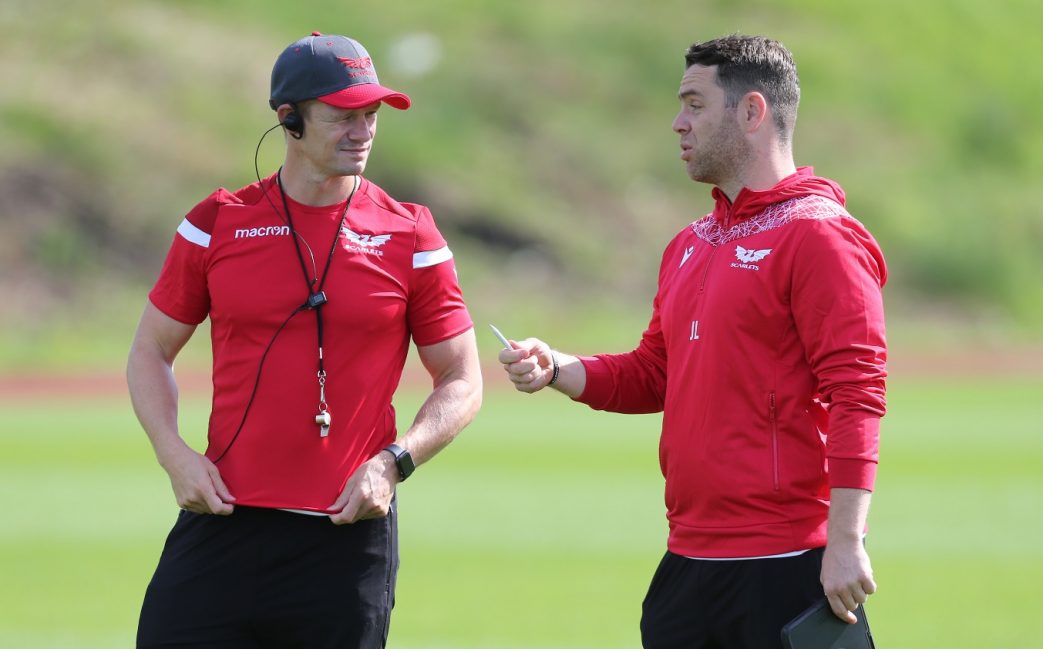 Scarlets are delighted to announce the appointment of Joe Lewis as our new Head of Technical Performance.

Joe has had two previous spells with the Scarlets, with the Academy and senior team, where he spent four years as Head Analyst.

Originally from Builth Wells, Joe has been Head Analyst for the England national side since 2017, providing key analysis and insight for national coach Eddie Jones and his backroom team at the forefront of international rugby.

He has worked in Australian Super Rugby; in New Zealand with Taranaki Rugby Union and at the FA with the England women’s football team. Joe has also worked with Welsh Rugby Union as an analyst with the U18s, U20s and women’s teams.

As Head of Technical Performance Joe will co-ordinate all on and off-field support to the coaching team,  linking improved learning, challenging the coaching process and incorporating the latest analytical research to maximise the performance of the team.

Head coach Dwayne Peel said: “Bringing Joey back from the RFU is obviously a big coup for us. He has been working with Eddie Jones for the last four years and brings a lot of experience from that role. His role has developed within that time from an analyst perspective to technical performance and that is going to be a big help for myself and the rest of the coaching group as we head into the season.”

Scarlets General Manager of Rugby Jon Daniels added: “As a club we want to give Dwayne and his coaching team every help they can so the players can deliver performances and results on the pitch and the addition of someone of the calibre and experience of Joe in this new Head of Technical Performance position underlines that.

“Professional rugby is constantly evolving and Joe will add an extra dimension to the coaching set-up, bringing with him the top-level practices from his time working with the RFU. Also, having worked here before, he understands the culture and ambition of the Scarlets.”

Joe Lewis said: “It’s fantastic to be back at the Scarlets, a place I consider my spiritual home. I’m really thankful to the RFU and especially Eddie for giving me the opportunity to be part of his team and, more importantly, learn and improve my capabilities to work at the highest level.

“I’m also thankful for the opportunity of this exciting new role that Dwayne has empowered me to do and I relish the opportunity to apply those learnings to drive the Scarlets coaches and players to future success.”