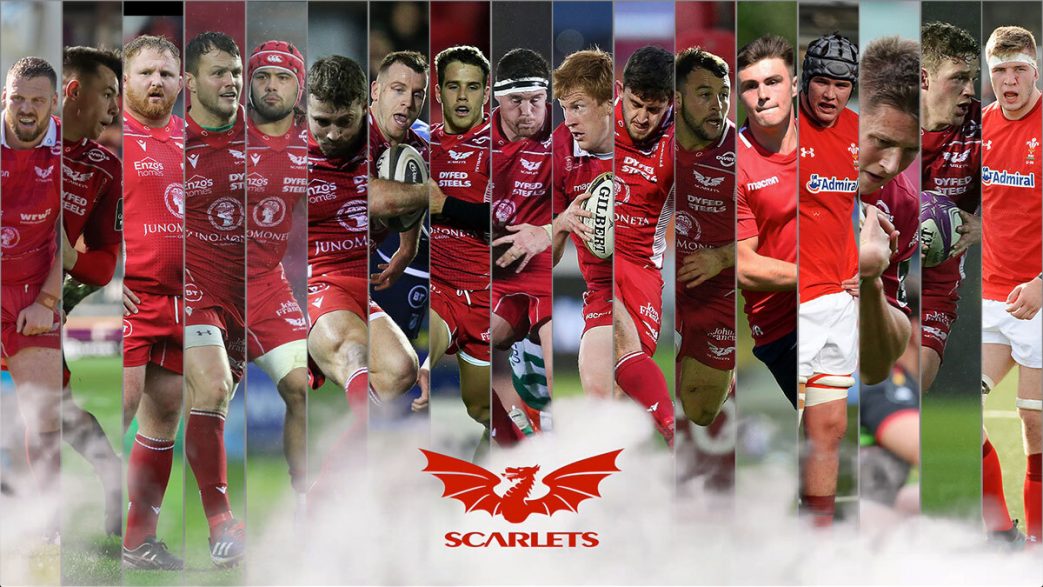 Scarlets can announce that 17 players have agreed new contracts ahead of the start of the 2020-21 season.

Halfpenny, capped 89 times for his country with three Lions tours under his belt, joined the Scarlets from Toulon in 2017 and was a member of the side that reached the Champions Cup semi-finals and Guinness PRO14 final that season.

Patchell arrived in West Wales from Cardiff Blues in 2016 and played a key role in the PRO12 title-winning squad.

Davies and Lee both came through the Scarlets age-grade system and are both seasoned performers on the international stage.

The Scarlets are also immensely proud that a number of their other exciting home-grown products have committed their immediate future to the club.

Prior to lockdown Macleod was leading the way with the most turnovers in the PRO14; Conbeer has underlined his talent with some dazzling tries; Jones reached a century of appearances and 500 points; Hardy’s performances have seen him push for international recognition, while Hughes has been a virtual ever-present and a respected leader within the group.

Another who has stood out, Angus O’Brien, is among the renewals, adding to an exciting pool of fly-halves that also includes new signing, Wales U20s No. 10 Sam Costelow, who has joined from Leicester Tigers.

In all, 13 of the 17 players have been part of the Scarlets pathway, while another home-grown talent, Wales international wing Steff Evans, agreed a fresh deal earlier this year.

Scarlets head coach Glenn Delaney said: “It is crucial that we keep building the strength and depth of our squad and these renewals are evidence of that. Players like Leigh, Gareth, Patch and Samson have proven themselves on the world stage and keeping players of that calibre at the Scarlets is vital to our ambitions of challenging for silverware.

“The Academy has produced some outstanding Scarlets over the years and continues to do so and we have high hopes for a number of our young players who are coming through and challenging the senior squad members for starting spots.

“You saw this season the impact the likes of Josh Macleod, Kieran Hardy, Ryan Conbeer and Steff Hughes had in the PRO14 and Europe when handed their opportunity and there are young players coming through who I’m sure will be pushing those boys hard as well.

“We feel we are in a good place as a squad. We have recruited well and retained key personnel and are looking forward to the remaining games of this season and then hitting the ground running for the 2020-21 campaign.”

Players who have agreed new contracts