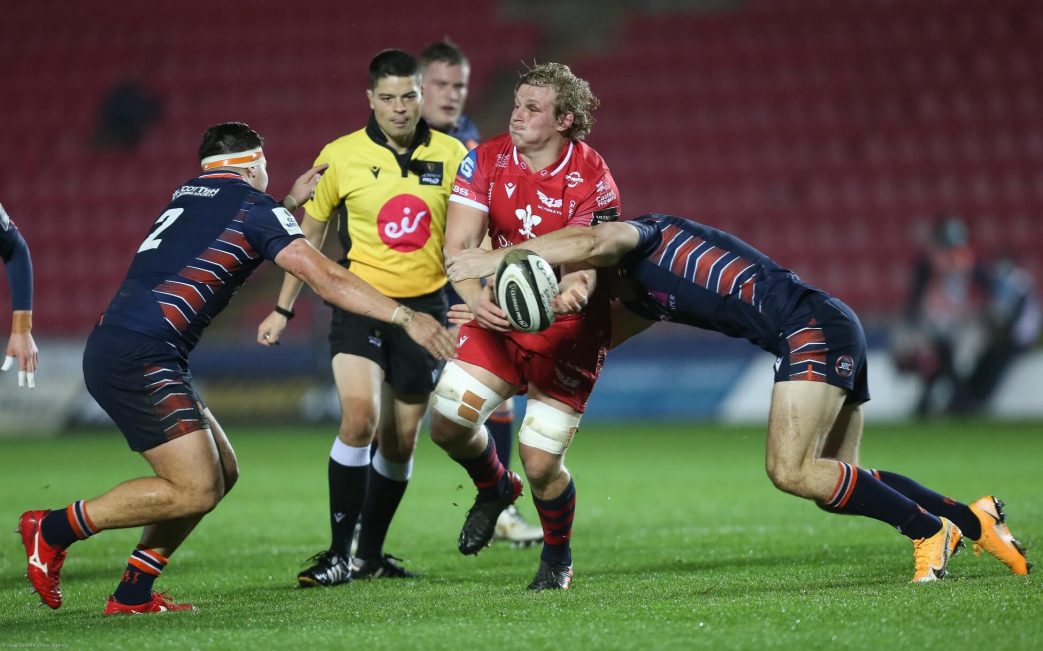 Scarlets fell on the wrong side of the penalty count as Edinburgh claimed a 6-3 win at a rain-swept Parc y Scarlets.

There was little between the sides in a nip-and-tuck contest which was in the balance until the final minutes, but Edinburgh, with their scrum a big weapon, were able to claim the spoils.

In atrocious conditions, Scarlets played with plenty of ambition, while the performances of youngsters like Jac Morgan, Morgan Jones, Jac Price and Dom Booth will have pleased head coach Glenn Delaney.

But the home side were unable to make their chances count when it mattered and also had second  row Josh Helps red carded midway through the second half.

The final penalty count of 20-4 in favour of Edinburgh told its own story.

Scarlets started the game with plenty of adventure and a slick counter attack almost led to Morgan being put away.

As the half wore on, though, Edinburgh started to win a string of penalties at scrum time and it led to them setting up camp in home territory.

Wales international prop Rob Evans was brought on just before the break, but with decisions continuing to go Edinburgh’s way, the visitors opted for a shot at goal and fly-half Jaco van der Walt landed the simple kick on the stroke of half-time to put his side 3-0 up at the break.

More Edinburgh pressure followed after the restart, but the Scarlets defence continued to hold firm.

Scarlets did get on the right side of the referee on 50 minutes and it led to a shot at the posts for fly-half Angus O’Brien, who made no mistake from 40 metres out.

However, back came the visitors. Replacement Werner Kruger was sin-binned following another scrum infringement, then van der Walt put his side 6-3 up after Scarlets were penalised for offside close to their line.

Then came the dismissal of Helps for what was deemed a dangerous challenge on Edinburgh wing George Taylor.

After consultation with the TMO, referee Chris Busby showed the second row red, leaving the Scarlets down to 13 men.

However, the home side continued to create chances. The pack were held up over the Edinburgh line on 70 minutes, then a breakout by Paul Asquith almost led to a score.

But the Scarlets were unable to find a way back and it was Edinburgh who saw out the game for their first victory of the campaign.