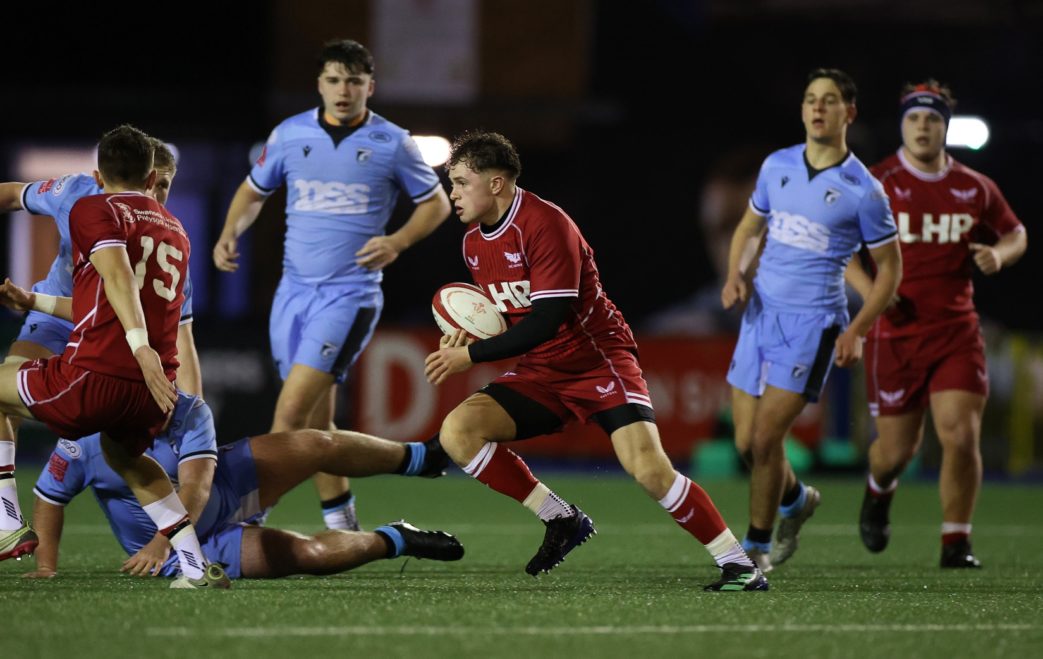 Scarlets U18s put in a battling display but were beaten 21-12 by Cardiff in their opening match of the Regional Age Grade Championship at the Arms Park.

To their credit, both sides looked to play expansive rugby in difficult conditions.

But with the rain coming down heavily in the capital, Cardiff took a grip thanks to a converted try from hooker Evan Wood and a penalty from fly-half Harri Wilde.

Scarlets play their next game in the new year when they host the Dragons on Wednesday, January 4.