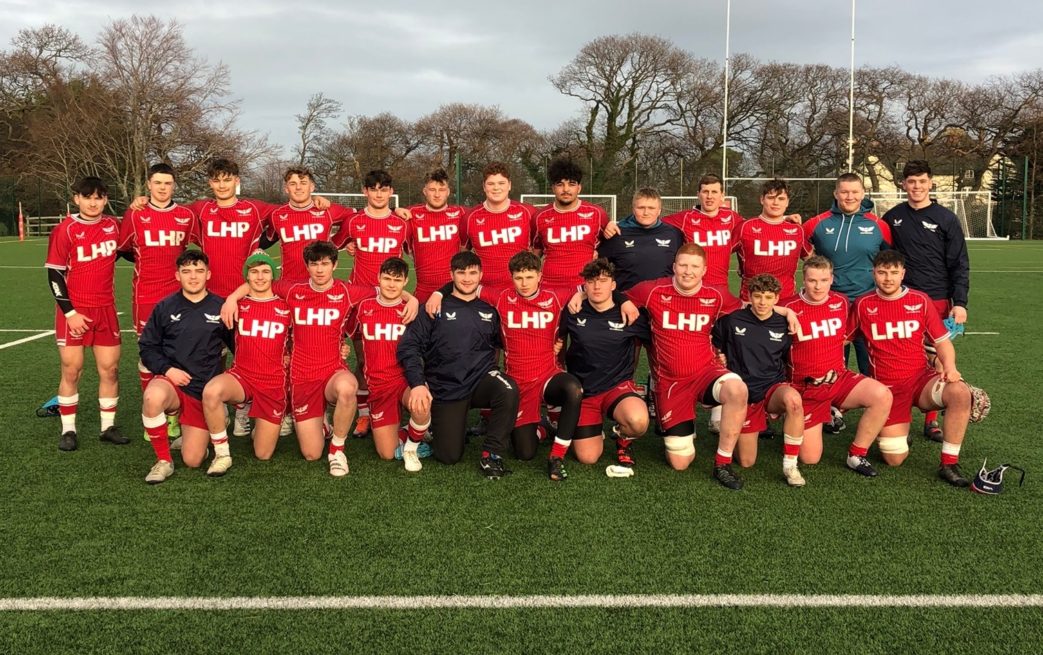 Scarlets U18s ran in seven tries in an impressive 47-7 victory over RGC in Colwyn Bay to make it two wins from three in the regional age-grade competition.

Playing into the wind at Parc Eirias, Scarlets had to withstand some early pressure from RGC before hitting the hosts with two quickfire tries from second row Iestyn Wood and No. 8 Keanu Evans, who carried strongly at the heart of the RGC defence.

Second row Will Evans added another and with fly-half Fraser Jones converting all three, Scarlets were ahead 21-0 at the break.

Holding onto possession in difficult conditions, Scarlets looked threatening with ball in hand and with changes being made at half-time to allow all the squad plenty of game-time, they took the game away from the hosts early in the second half, showcasing their skills with some quality rugby.

Centre Macs Page finished off a slick team move on 43 minutes and further tries came from scrum-half Kai Inker and wing Owen Griffith, who picked up a loose pass and raced 60 metres to the line.

Flanker Tiaan Sparrow added a seventh to round off a dominant second-half display. Fly-half Jones kicked five conversions in all, with replacement Steffan Jac Jones adding another.

Next up for the U18s is a home clash with Cardiff at the main Parc y Scarlets stadium a week on Wednesday (7.15ko).