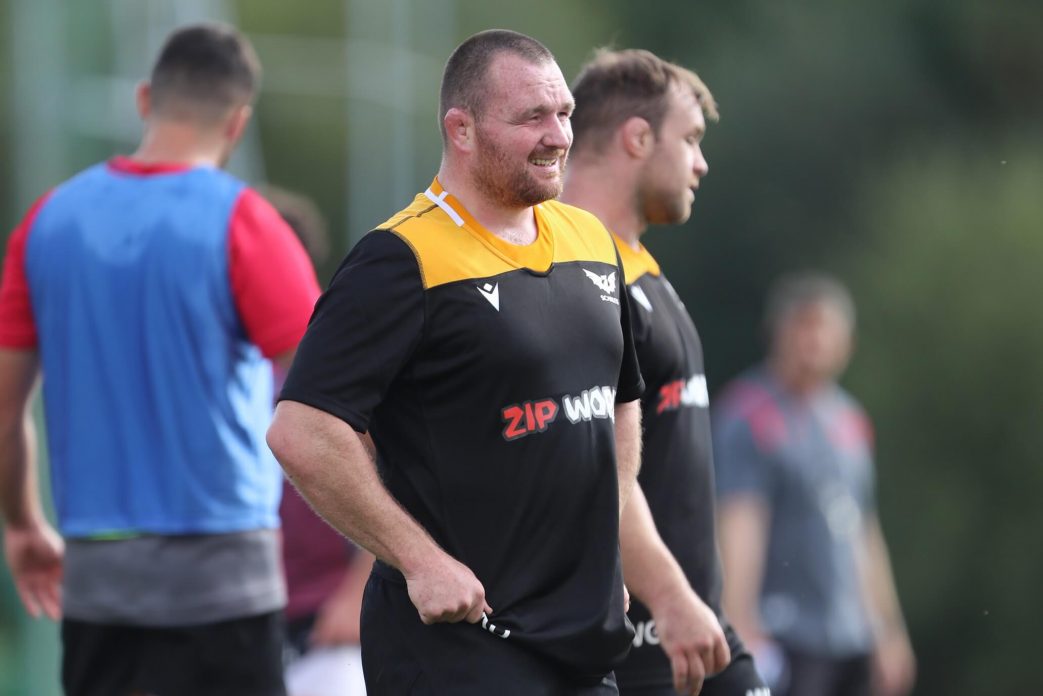 Prop Wyn Jones is also named among the replacements as the trio prepare for their first appearances since the summer tour of South Africa.

Davies is the lone change in the Scarlets back division that took the field against the Emirates Lions last time out. Johnny McNicholl, Tom Rogers and Steff Evans combine again in the back three, while skipper Jonathan Davies and Scott Williams continue their midfield partnership. Gareth Davies links up with Sam Costelow at half-back.

Up front, Owens packs down in between Rob Evans and Samson Lee in an all-international front-row. Lee swaps with WillGriff John at tight-head.

There is a debut for on-loan Lloyd Ashley in the second row, while Aaron Shingler has recovered from his back issue to line up alongside him at lock. For the third successive match, the back row of Blade Thomson, Dan Davis and Sione Kalamafoni remains the same.

Ryan Elias, John and Kieran Hardy drop to the bench from last weekend’s starting XV, while there is a welcome return for Wales international centre Johnny Williams, who has recovered from the serious shoulder injury he picked up during the European loss to Sale Sharks in April.

Scarlets head coach Dwayne Peel: “Munster are an 80-minute team so it is important we match that intensity for the whole game. They will be buoyant coming here and ready to come after us physically. That is the challenge for us, we respect that and know it is a step up in intensity this week.”

Tickets are available for the match at tickets.scarlets.wales or by ringing 01554 292939.